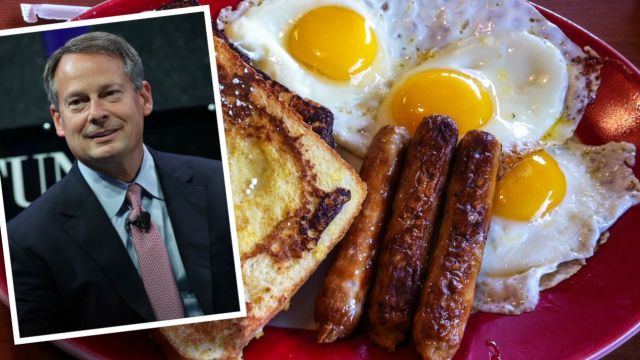 A messed-up breakfast order could be pivotal for hopeful employees of banking company Charles Schwab.

In an interview, CEO Walt Bettinger told The New York Times he'll sometimes talk to job candidates over breakfast. But before those meetings, Bettinger arrives early to the restaurant and asks employees to intentionally mess up the order.

He said, "I do that because I want to see how the person responds. That will help me understand how they deal with adversity. Are they upset, are they frustrated or are they understanding? Life is like that, and business is like that."

Bettinger didn't say in the interview if there was a right way or a wrong way to respond, but there are a few theories on what would and wouldn't be the best ways to handle the situation.

"Good Morning America"'s Sam Champion joked, "I think the wrong thing is if you throw the plate and say, 'This is not what I ordered!'"

Jesse Palmer added, "'This is not acceptable. I will not run the company like this one day!'"

Business Insider says, "If you receive the wrong food and don't acknowledge it, this may tell the interviewer you are timid, pay little attention to detail, or are not willing to right a wrong. ... It's probably better to say something — politely and respectfully — than nothing at all."

So next time you receive over-easy eggs instead of scrambled, saying something could be the X-factor between you and a job.

This video includes a clip from Charles Schwab.