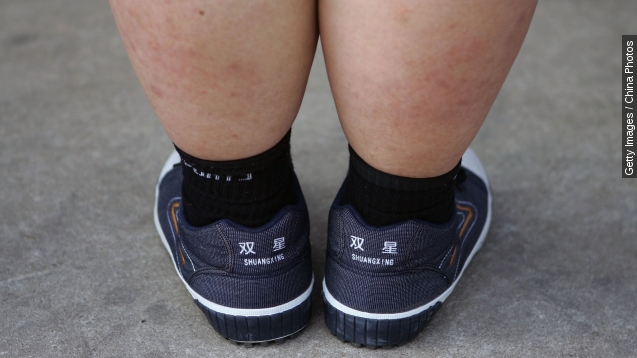 Roughly one in three American children is overweight or obese. Those children face an increased risk of health problems like heart disease and diabetes, both as kids and into adulthood.

Childhood obesity is usually caused by three factors: genetics, unhealthy diet and lack of physical activity. There’s not much parents can do about the first one, but a few simple dietary and exercise tweaks can dramatically help the other two. (Video via CNN)

Swapping sugar- and calorie-laden foods and drinks out for healthier options like fruits and vegetables can be a critical part of keeping kids healthy. But it’s a common belief that eating healthy costs too much in time, money and energy.

Fortunately, more and more fast food restaurants and supermarkets have been making an effort to offer healthier, accessible choices right next to the junk food.

It might not even be that much more expensive either. A 2013 Harvard study found on average, a healthy diet costs just $1.50 more per day than an unhealthy one.

Changing your child's diet can also be just as simple as making healthy foods more accessible. It’s easier for hungry kids to make better choices if the chips are on a hard-to-reach shelf but the apples are sitting right in front of them.

Diet is only part of the picture, though. Staying healthy also requires physical activity. If you can, find ways to get your child off the couch and out into the sunshine.

Introducing limits on TV and computer time is an effective, if emotionally fraught, way to encourage more physical activity. After-school sports and clubs can also be a good motivator.

It helps to get the whole family involved as well: It’s easier for kids to stay active if they have an adult role model. Taking walks together, playing sports or even just hitting the gym yourself can help encourage healthy activity at home.

Childhood obesity is a problem, but fighting it doesn’t have to be a major headache. A few simple adjustments can go a long way toward giving children a healthier lifestyle.