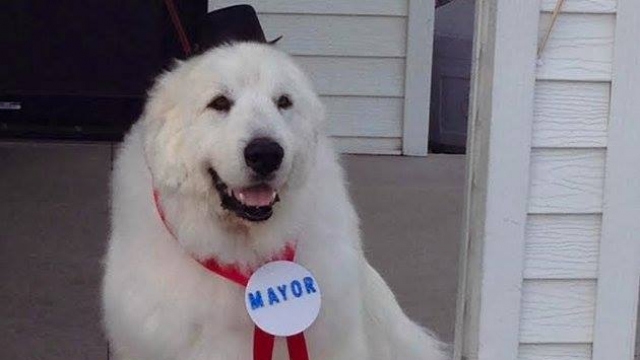 The 9-year-old Great Pyrenees was first elected as a write-in candidate in a small town in Minnesota in 2014 — and he beat the human competition.

"Now, Richard, you were a candidate along with Duke. How do you feel after that election?" a reporter asked a former mayoral candidate. "Well, it was really depressing at first, but I'm getting over it real good," he told TV3.

SEE MORE: Our Obsession With Cute Canines Is Killing The English Bulldog

Duke's honorary position in a town of about 1,000 people isn't completely unprecedented in the state. Another small Minnesota town has had some unconventional mayors, as well —multiple preschool-aged children.

Duke's owner told WDAY all the voters this year were in Duke's camp — except for one person who voted for Duke's girlfriend, Lassie.