A Boiling River In Peru Is So Hot, It Cooks Anything That Falls In 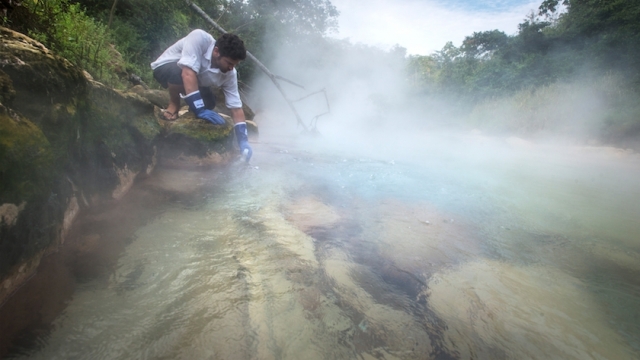 SMS
A Boiling River In Peru Is So Hot, It Cooks Anything That Falls In
By Katherine Biek
By Katherine Biek
February 19, 2016
The river, fed by hot and boiling springs, runs at high temperatures for almost 4 miles.
SHOW TRANSCRIPT

Long ago, ancient Amazonians discovered a river in Peru where the water is so hot that it boils.

The local indigenous people consider the river a sacred site. Geoscientist Andrés Ruzo is the first to get permission to study it.

"The river flows wider than a two-lane road for most of its path. It flows hot for 6.24 kilometers," Ruzo said in a 2014 TED talk.

Hot and boiling springs feed into the river.

Parts of the river are so hot that if an animal falls in, it's cooked to death.

Ruzo believes if deforestation in the region continues, the river could be in danger.

This video includes images from The Boiling River Project.