9/11 Commission Chairs: More Must Be Done To Combat Extremist Ideology 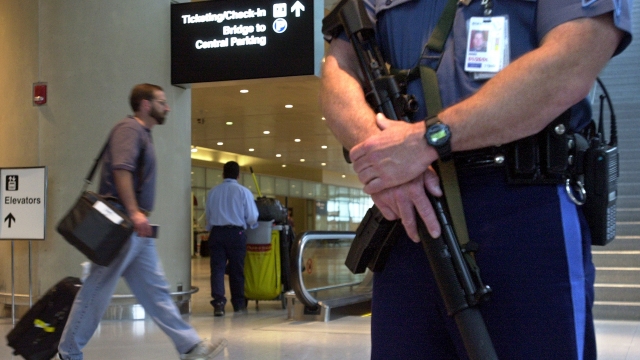 "The threat we face today is arguably worse than the one we confronted in 2001," former leaders of the 9/11 Commission wrote on Saturday.

That's the message from the chairman and vice chairman of the 9/11 Commission on the eve of the 15th anniversary of the September 11 terrorist attacks.

In an op-ed published Saturday in USA Today, former New Jersey Gov. Thomas Kean and former Congressman Lee Hamilton emphasized the terrorism threat isn't just about us here at home — rather, it's a global issue. They called it "a spreading disease eating away at the foundation of the free, open and lawful international system."

SEE MORE: Jill Stein Says There's More To Learn About What Happened On 9/11

One of the biggest issues Kean and Hamilton identify is the United States' failure to focus as much energy on combating ideology that leads to "Islamist terrorism" as it does trying to militarily eradicate the al-Qaeda network.

That's one of the suggestions in the 9/11 Commission's report that the two men say hasn't been followed — or at least, pursued strongly enough — across both the Bush and Obama administrations.

They said part of the problem with extremism is that there is so much of it, and even non-violent extremist groups can spread the wrong ideology.  They wrote, "These radical perversions of Islam might not condone violence, but they crowd out mainstream, tolerant and pluralistic ideas."

So, Kean and Hamilton said they are assembling a task force to create a longterm strategy to counter terrorist ideology.

That's not to say no progress has been made. The two wrote that since 9/11, airports have gotten better security, and intelligence sharing among authorities at the local, state and federal levels has improved.

While the U.S. hasn't had a terrorist attack on the scale of 9/11, there have been multiple deadly attacks since then, including the San Bernardino shooting in 2015 and the June 2016 attack on an Orlando nightclub. The nightclub shooting is considered the deadliest mass shooting in modern U.S. history.