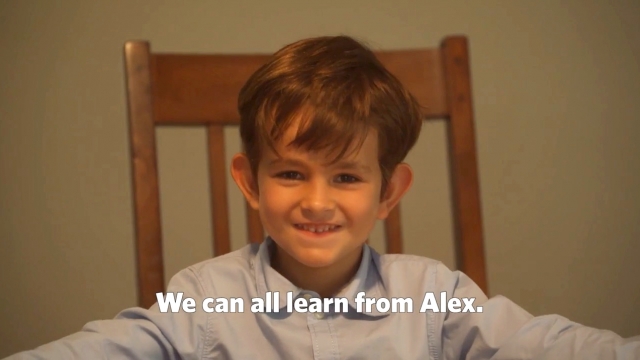 SMS
This 6-Year-Old Is Giving The Whole World A Lesson On Empathy
By Lindsey Pulse
By Lindsey Pulse
September 22, 2016
A 6-year-old from New York asked President Obama to bring Omran Daqneesh to the U.S. so he can give him a home.
SHOW TRANSCRIPT

Alex, a 6-year-old boy from New York, wrote a letter to President Barack Obama about Omran Daqneesh, the Syrian boy made famous by an iconic video.

"In my school I have a friend from Syria: Omar. And I will introduce him to Omar, and we can all play together," Alex wrote.

Aleppo has arguably seen the worst of the Syrian conflict. The country has been at war since 2011, likely for the entirety of 5-year-old Omran's life.

The president was clearly taken with the young boy's words. He read the three-page letter at the Leaders Summit on Refugees earlier this week.

He later posted the video of Alex on his official Facebook page. That video has been viewed millions of times.

Alex wrote, "Park in the driveway or on the streets. We will be waiting for you guys with flags, flowers and balloons. We will give him a family, and he will be our brother."