3 French Soldiers Were Killed In A Helicopter Crash In Libya 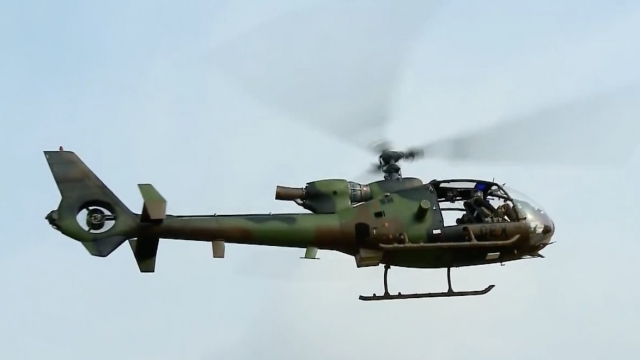 SMS
3 French Soldiers Were Killed In A Helicopter Crash In Libya
By Ryan Biek
By Ryan Biek
July 20, 2016
It's the first time President Francois Hollande acknowledged that French troops are involved in Libya.
SHOW TRANSCRIPT

French President François Hollande confirmed Wednesday three special forces soldiers have been killed in Libya –– but it was the first time he acknowledged his troops were even involved in that country.

SEE MORE: Trump Thinks ISIS Is 'Making Millions' From Oil In Libya. It's Not

Hollande said the three died in a helicopter accident but didn't give many more details beyond saying, "Right at this moment, we carry out perilous intelligence operations."

Le Monde reported French special forces were acting in Libya in February. But a high-ranking defense official told the newspaper something along the lines of: "The last thing to do would be to intervene in Libya. Avoid any open military engagement, we must act discreetly."

But in April, France's foreign minister said no military action in Libya was planned and that "we should not remake past errors."

When officials have implied military involvement, the goal has reportedly been to target ISIS in the country. The terrorist group capitalized on Libya's ongoing political instability and took a strip of land near the coast.

Rival groups have been vying for power in Libya since Moammar Gadhafi's death in 2011.

Western powers — like France, the U.S. and Great Britain — have supported a U.N.-sponsored Libyan unity government, with the hope the North African country will ask for foreign help against ISIS militants.

This video includes clips from Al Jazeera, BBC, French Ministry of Defense, RT and France 24 and images from Getty Images.