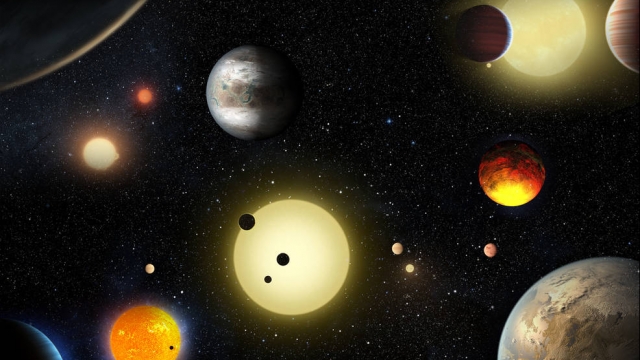 Space exploration in 2016 was both enlightening and a little strange.

Researchers looked back in time and measured a galaxy that existed more than 13 billion years ago, finished building the largest space telescope and attached the first inflatable habitat to the International Space Station.

They concluded that Mercury is most likely shrinking.

And speaking of planets, NASA's Kepler mission found 1,284 new ones.

While Jeff Williams is now the American record-holder for the most days spent in space with 534.

Now for the slightly strange — researchers tried and failed to find evidence of an alien civilization within the Hercules constellation.

Elon Musk unveiled plans for a new rocket engine, which will shuttle people to the new colony he wants to build on Mars. A plan that's getting two thumbs up from President Obama.

But if Mars isn't your thing, Asgardia is another option. More than half a million people have already signed up to one day live in this new nation-state in space.

Just don't expect Thor to be your next door neighbor. He lives on Asgard, not Asgardia.