2015: The Summer Of Celebrity Breakups 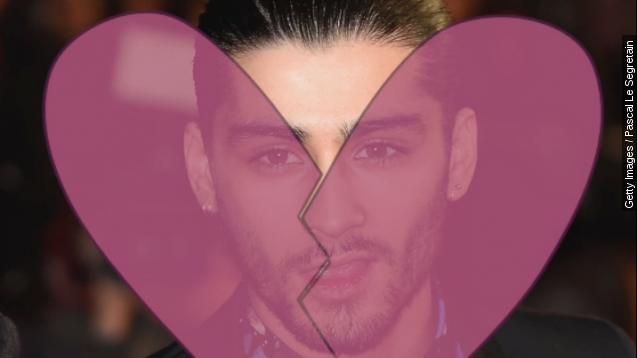 SMS
2015: The Summer Of Celebrity Breakups
By Lexie Hammesfahr
By Lexie Hammesfahr
August 4, 2015
Hollywood has a heartache, and many iconic couples are calling it quits this summer. Pop, rock and country artists aren't safe ... not even puppets.
SHOW TRANSCRIPT

The Summer of Celebrity Breakups

Okay, it might be time to have a heart-to-heart with Hollywood. Is there something in the water? Because this summer is about to be remembered as the summer of celebrity breakups.

Malik broke off his two-year engagement to his Little Mix fiancee, Perrie Edwards, two weeks ago, leaving her “devastated.”

Now, this is interesting because when Malik left One Direction earlier this year, former bandmate Liam Payne told Capital FM she was the reason.

"He wanted to go and spend time with his family and missus," Payne told the radio show.

This week also brought us the news of Gavin Rossdale and Gwen Stefani’s divorce after 13 years of marriage.

The couple, who met in 1995 when their bands, No Doubt and Bush, toured together, said in a statement the decision was mutual and they will remain partners to jointly raise their three sons.

In July, Miranda Lambert and Blake Shelton shocked fans after announcing their split after four years of marriage.

But to people close to the couple, it wasn't surprising. One source told E! News, "They had not been together for a while and were living separate lives."

Rumors of infidelity have also surfaced on both sides of that relationship. Lambert has been accused of having an affair with Chris Young while Shelton is rumored to have had a mistress named Cady Groves.

And then there were the now infamous pictures of Scott Disick with LA hairstylist Chloe Bartoli in Monaco. Those questionable photos led to Kourtney Kardashian calling it quits with him.

The couple is known to date on and off, so just because they’re not together now doesn't necessarily mean the split's permanent. After all, Disick seems to be upset, posting a rather depressing Instagram with the caption, "When u realize the grass isn't always greener."

And Charlize Theron and Sean Penn reportedly split in June after dating since 2013. The two hadn't been seen together as a couple since their Cannes Film Festival appearance in May, and a source confirmed to People they were not living together.

Finally, Ben Affleck and Jennifer Garner announced their separation in June after 10 years of marriage. Like Lambert and Shelton, they also dealt with a cheating scandal — what's is being called “Nannygate.”

I’d say we could look to Miss Piggy and Kermit the Frog for the ideal Hollywood romance — but they just broke up, too.