2 Teenagers Are Dead After A Shooting Outside A Florida Nightclub 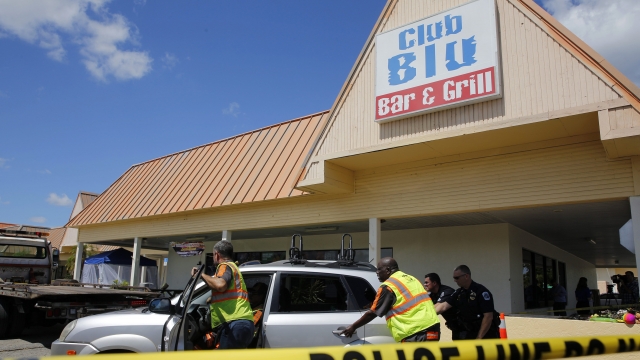 Two teenagers have died after a shooting at a Fort Myers, Florida, nightclub early Monday.

Police have concluded the shooting, which also injured 18 others, was not an act of terrorism.

Shots rang out in the parking lot of Club Blu Bar and Grill shortly after 12 a.m. The club was hosting a teen night. It said in a statement the incident happened as parents were picking up their children. The club also said there was security inside and outside the club.

"Everyone was just everywhere," a witness told WBBH. "I didn't see anybody really coming out. They were actually trying to go in because they knew it was from inside."

Eighteen-year-old Stef'an Strawder and 14-year-old Sean Archilles died from their injuries, according to Fort Myers police.

Archilles would have been going into the eighth grade.

Florida Gov. Rick Scott said he would travel to the city later Monday to meet with law enforcement and local officials.

Police also said another shooting scene where homes and vehicles were targeted was related to the nightclub shooting. That scene is within a half-mile of the club.

Police said three persons of interest have been detained.