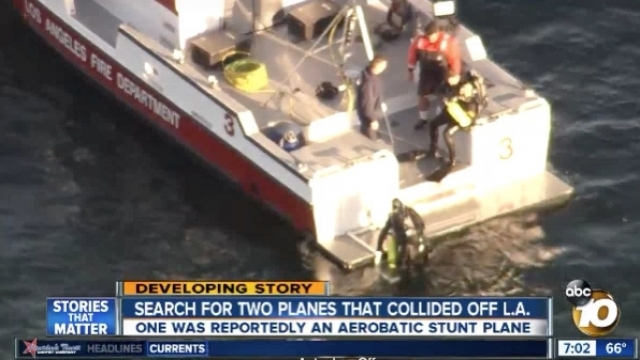 Friday evening, the crew of a fishing boat reported seeing a plane hit the water. The Coast Guard discovered debris, which indicated at least one plane went down.

Authorities say a log book found in the water shows a 61-year-old and 81-year-old were on board one plane. (Video via KTTV)

Officials believe a 72-year-old pilot was the only occupant of the second plane.

Officials say a radar of the area showed two planes colliding before they disappeared Friday evening.