2 Pedestrians Hit By Blow Darts On The Golden Gate Bridge 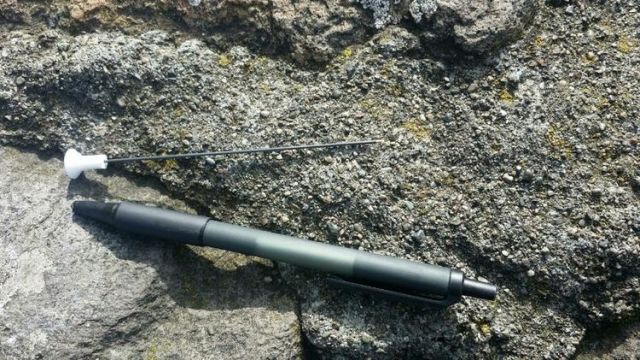 SMS
2 Pedestrians Hit By Blow Darts On The Golden Gate Bridge
By Matt Moreno
By Matt Moreno
February 14, 2016
Authorities don't believe the darts are poisonous and think they were shot out of a moving car on the bridge.
SHOW TRANSCRIPT

In an odd incident over the weekend, authorities say two tourists were hit by blow darts on the Golden Gate Bridge in San Francisco.

The California Highway Patrol first received a report Friday afternoon from a man hit by a long metal dart in the leg.

"It was able to actually go through his jeans and into his leg by about two inches," Officer Andrew Barclay of the California Highway Patrol said.

While the man was reporting the incident, another woman came up saying she too was hit by a dart in the kneecap. Both victims were treated by an ambulance and released.

Authorities don't believe the darts are poisonous but are testing them to make sure.

The Golden Gate Bridge is one of the most visited tourist attractions in the U.S., bringing in about 15 million visitors every year.

While they’re still unsure of a motive in the attacks, authorities do think the victims were random. Officials believe the darts were fired from a car driving by and are now reviewing security footage to see if it was captured on video.

This video includes a clip from the Smithsonian and an image from the California Highway Patrol.