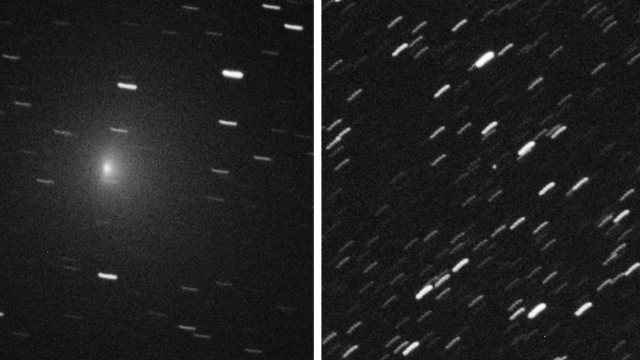 Two comets will pass by Earth this week, and one will come close enough to break a 250-year record.

Comet P/2016 BA14 will still be a safe 2.2 million miles away when it flies by on Tuesday, but it will take the record for the third-closest comet to Earth on record.

And there's another twist that's getting scientists excited. 252P/LINEAR, the bigger comet set to fly past Earth on Monday, might be related to P/2016 BA14 — as in twins.

Usually, comet parts burn up after breaking off. This pass-by means scientists could get the rare chance to study two pieces of a broken-off comet.

NASA says you'll likely only be able to view the pair with a telescope.

This video includes clips from NASA / JPL-Caltech, The Sky Live and NASA / ESA Hubble Space Telescope and an image from Paul Stewart / CC BY 2.0.