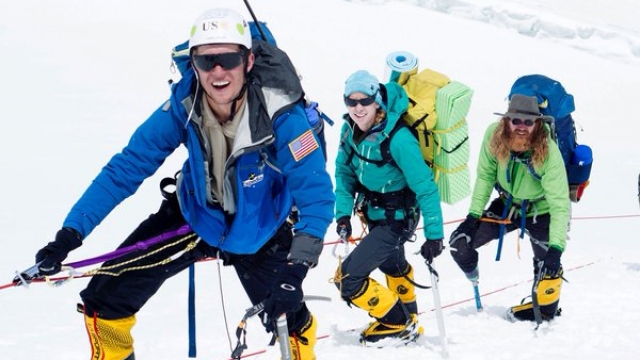 A team of two active duty U.S. soldiers and a single-leg amputee veteran became the latest group to make it to the top of Mount Everest on Tuesday.

They started the expedition back in April through the U.S. Expeditions and Explorations organization, or USX. The organization is designed to raise awareness about the mental health issues many veterans face, including post-traumatic stress disorder.

"My unit lost two soldiers in Afghanistan, and watching the ones that survive recuperate from that is very difficult," one of the climbers, Capt. Elyse Ping Medvigy, said.

Retired Sgt. Chad Jukes, who had his leg amputated in Iraq, has climbed several mountains since his injury and is the second combat-wounded veteran to make it to the top of Mount Everest.

The USX team's summit comes during an especially heartbreaking two years on the mountain.