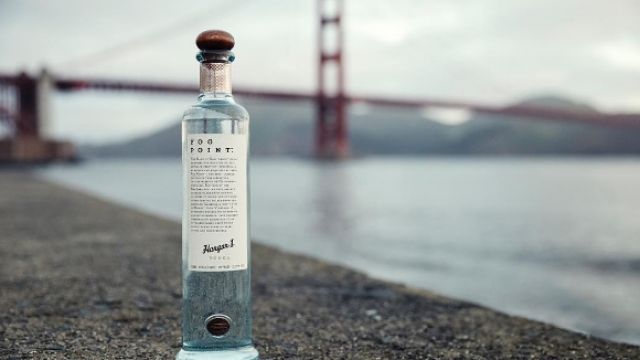 SMS
You Can Literally Get Drunk On A Cloudy Day With This Fog Vodka
By Calvin Stovall
By Calvin Stovall
May 24, 2016
Vodka company Hangar 1 made its newest spirit out of water that was collected by fog catchers.
SHOW TRANSCRIPT

Foggy weather is a fact of life for San Francisco residents.

Water created from the Bay Area's fog is the special ingredient in Fog Point vodka. Harvested fog water makes up more than half of the $125, limited-edition spirit. The rest includes vodka distilled from Cigare Blanc wine.

The fog is collected from the sky by mesh sheets and filtered to remove leaves before being boiled and filtered again.

Head distiller Caley Shoemaker says you can still taste a hint of nature after the filtration process.

"I love that the water has a little bit of an earthy note to it. ... Like, if you're standing next to a stream on a warm day, the scent of moist rocks," Shoemaker said.

The seller highlights the vodka's hints of pear, citrus and honeysuckle flavors.

Hangar 1 is donating all profits back into water conservation efforts by Fog Quest, a Canadian charity that provided fog catchers for the project.

Fog is used as an alternative source of fresh water across the world.