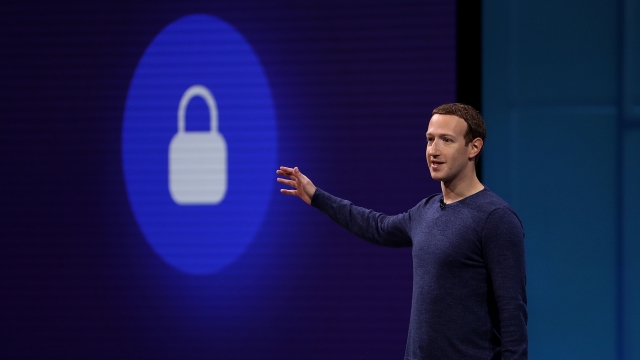 Facebook's CEO and founder, Mark Zuckerberg, made a big announcement and no, it's not a dislike button. Zuckerberg announced plans to turn Facebook into a privacy-focused platform.

In a Facebook post Wednesday, Zuckerberg outlined the social media company's vision and how it plans to become more secure. He outlined six different principles, including private interactions, encryption and interoperability.

In his plans, Zuckerburg said people should be able to use any of their apps, whether its WhatsApp, Instagram or Facebook, to reach their friends and "communicate across networks easily and securely." He also said people's private communications should be secure and that the company will encrypt messages to prevent anyone, including Facebook, from seeing what they post.

The CEO added user's don't want their information to "come back to hurt them later" and addressed the importance of keeping information on the platform up for a shorter period of time. He said the same concept used on Instagram stories, which are only up for 24 hours, could be implemented when messaging others.

Zuckerburg and Facebook have been under intense scrutiny over privacy concerns, such as the Cambridge Analytica data scandal in 2018. Zuckerburg addressed this and said: "I understand that many people don't think Facebook can or would even want to build this kind of privacy-focused platform – because frankly we don't currently have a strong reputation for building privacy protective services, and we've historically focused on tools for more open sharing. But we've repeatedly shown that we can evolve to build the services that people really want, including in private messaging and stories."