Zimbabwe's President Fired His VP — A Boon For The First Lady 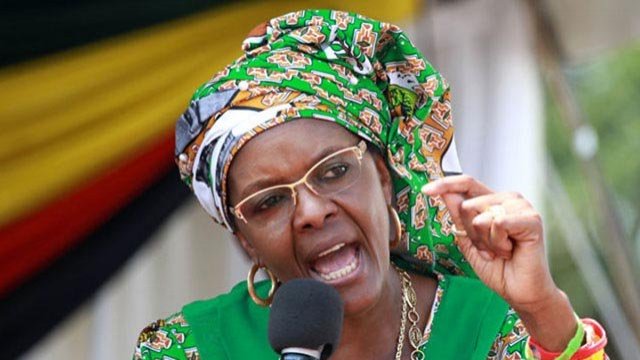 The move is good news for first lady Grace Mugabe's own presidential ambitions.

Zimbabwe's president has fired his second-in-command, a move likely to boost the 93-year-old leader's wife in her political ambitions to succeed him.

Grace Mugabe has built up political influence since she became first lady in the '90s. She recently criticized Vice President Emmerson Mnangagwa, another contender to succeed her husband — and President Robert Mugabe fired him for "disloyalty, disrespect, deceitfulness and unreliability" soon after.

Zimbabwe's political turmoil comes amid an ongoing economic crisis that has seen the nation go from being Africa's "bread basket" to not being able to feed its own people.

That's partially due to Robert Mugabe's years of mismanagement, including his effort to to redistribute farmland owned and operated by white Zimbabweans, the descendants of European colonizers.

Since he took power in 1980, Mugabe become a controversial figure on the world stage. He's up for re-election next year and, should he win, would be in office until he was 99 years old.