Ziggy Stardust: The Pop Persona Who Birthed The 'Pop Persona' 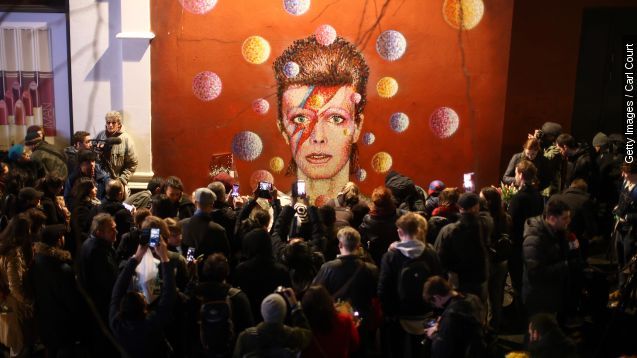 Ziggy Stardust: The Pop Persona Who Birthed The "Pop Persona."

While we'll miss the singer/songwriter/actor, and most importantly, influencer, David Bowie, his legacy lives on through one of his greatest contributions to popular music, the pop persona.

Before his death on Jan. 10, David Robert Jones brought Major Tom, the Thin White Duke, Screaming Lord Byron and Ziggy Stardust to life through his music.

Ziggy Stardust, arguably Bowie's most popular character, had a career of his own. Bowie's fifth album "The Rise and Fall of Ziggy Stardust and the Spiders From Mars" told the story of the bisexual alien rock superstar and is considered one of the greatest albums ever by Rolling Stone, Time and Q magazines.

"I find it extremely hard to write for me. So I found it easy to write for the artists I would create. I did find it much easier, having created a Ziggy, to then write for him," Bowie said.

Bowie explored themes like gender, politics and drug use as Ziggy Stardust. It was one of the first and most prominent times a pop artist embodied a unique character to create music.

Since then it's become commonplace for musical stars to step on stage, attend award shows or create music as their alter ego. (Video via Interscope Records)

"Sasha Fierce, when does she show up?" Oprah asked.

"Usually when I hear the crowd, I put on my stilettos." Beyonce responded.

Lady Gaga, who maybe draws comparisons to Bowie most often, has expressed her admiration for the late icon: "He still runs my universe as well. Every morning I wake up and I think, 'What would Bowie do?'"

The Recording Academy acknowledged Bowie's pioneering characters in its farewell to the star: "He is remembered and celebrated today for his audacious approach to pushing creative boundaries and ability to reinvent himself time and time again, changing the course of pop music in the process."