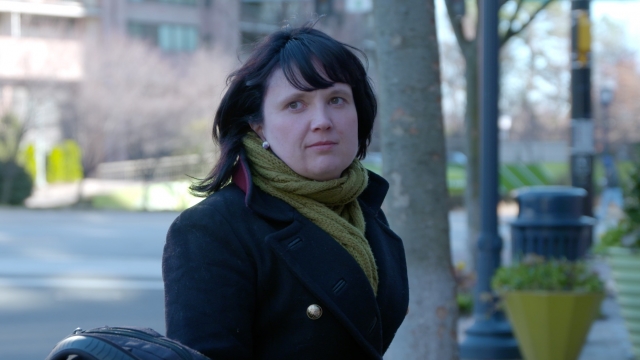 SMS
Experts Worry About Your Personal Data In The 2020 Election
By Sasha Ingber
By Sasha Ingber
February 6, 2020
Cambridge Analytica made headlines for a major privacy breach. Another company with former employees has links to the president's 2020 campaign.

The world learned in 2018 that a data company working for Donald Trump's presidential campaign used personal Facebook data stolen from as many as 87 million people -- to influence voter behavior.

And now experts warn that that information may still be in use in the 2020 election. Because some of the same people behind it all set up a new shop with direct ties to the head of President Trump's campaign.

"Cambridge Analytica might have gone bankrupt," says Emma Briant, a Bard College associate researcher and propaganda expert. "But, you know, essentially what happens in this industry is when a company goes bankrupt, the people continue and they set up new companies."

A source close to Data Propria denies to Newsy that the company has ever used Cambridge Analytica data or done political work for the president. Federal Election Commission filings show that Data Propria worked for the Republican National Committee in 2018, and the Associated Press reported the same year that the group had already begun work on President Trump's re-election.

Newsy has found the president's campaign pays large sums to campaign manager Brad Parscale's data strategy firm, which in turn is also “the largest customer” of a company affiliated directly with Data Propria, according to Security and Exchange Commission filings.

Those links caught the attention of Congress. Democrats on the House Committee on Energy and Commerce wrote to Oczkowski asking if Data Propria was using the controversial Cambridge Analytica data. Newsy has discovered that two years later, they never received a response. The source close to Data Propria told Newsy the House letter was “partisan” and didn’t warrant an answer.

Parscale did not respond to Newsy’s multiple requests for comment.

But Parscale has touted that his data operation is like no other -- like he can “see the lungs of America breathing.”

"After every rally, I can tell you based off the phone number how these people voted before -- Republican, Democrat, their demographics, their geographics, their money, married, unmarried, how they’d vote, what likelihood they’d vote for. All of that information we’re always cycling and learning from and using artificial intelligence things," Parscale said.

Republication National Committee spokesperson Liz Harrington says they have an unbeatable operation -- with more than $350 million invested in data strategy.

"We have a voter profile on every single voter in this country," Harrington says. "It's based off of 3,000 different pieces of information -- some of that is public information, consumer data."

The RNC is working hand-in-hand with the Trump campaign to re-elect the president. They say the GOP is working to protect people's privacy and collecting information from supporters.

"Privacy is very important," Harrington told Newsy. "I think all of these things, we have to obviously take safeguards and use it wisely. But again, I think one of the major points is a lot of the data that we're using and getting is from people who want to be involved."

The DNC did not respond to Newsy’s questions about how Democratic candidates are trying to ensure personal data is protected. But Briant says the threats don’t just fall one side of the aisle.

"I think the risks are definitely bipartisan," Briant says. "I would say that, you know, what worries me most is the idea that an arms race could happen. I think we need to be very wary of jumping, jumping to the conclusion that we should be wielding this because we're scared of our enemies."

Briant says the data can come from places people least expect -- like dating sites. She says an industry has formed around influencing people, and it’s not being regulated.

"Governments have been really very complacent about data. These are tools that were created for information warfare."