Your Favorite Conspiracy Theories Would Have Unraveled By Now 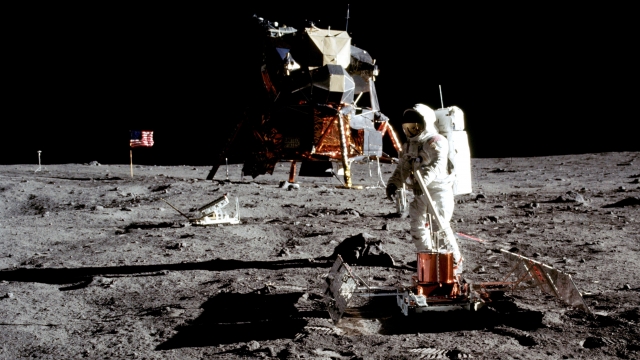 SMS
Your Favorite Conspiracy Theories Would Have Unraveled By Now
By Steven Sparkman
By Steven Sparkman
January 26, 2016
An Oxford physicist's new formula predicts a conspiracy like faking the moon landings would have fallen apart within four years.
SHOW TRANSCRIPT

Long-running global conspiracies are really unlikely. Yes, even your favorite one.

A University of Oxford scientist has created a formula for just how unlikely they are. It predicts that any massive group of conspirators will inevitably let the cat out of the bag within a few years.

The findings are meant to be somewhat tongue-in-cheek. David Robert Grimes, a physicist and cancer researcher, has been known to dabble in the lighter side of science, like developing formulas for why guitar solos sound cool. (Video via University of Oxford, BBC)

But he's also a science writer and columnist who challenges conspiracy theories, especially when it comes to health.

He tested his conspiracy formula by comparing it to the NSA's surveillance program and the Public Health Service's experiments on African-American syphilis patients.

Those conspiracies were blown open by whistle blowers, but the formula also relies on the fact that big groups are just bad at keeping secrets.

Security experts love to remind us that the weakest link in any security system is the human one.

The U.S. government recently launched the "Don't be this guy" campaign, reminding the millions of Americans with security clearance not to get too chatty about their work on Facebook.

"I do take responsibility for having made what was clearly not the best decision," Hillary Clinton told ABC.

So Grimes's formula and, well, common sense don't bode too well for some of the most famous global conspiracy theories.

He estimates that faking the moon landings would require 411,000 people to be in on the secret. The best case scenario for a group that large is to keep the secret for three and a half to four years.

The formula also gives some helpful advice to any super-villains: If you want your plot to outlive you, limit the number of people who are in on it to around 100.

This video includes images from Getty Images, Mark Gray and the Centers for Disease Control and Prevention.