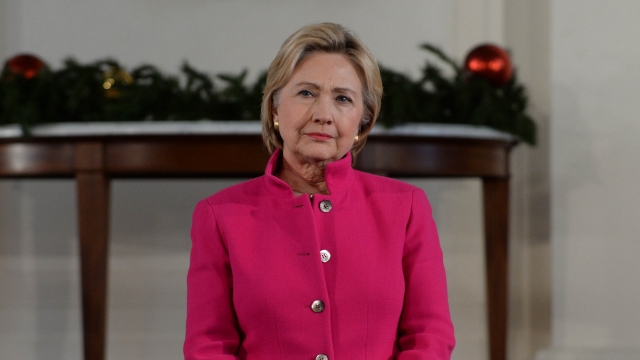 SMS
You Won't See 22 Of Hillary Clinton's Emails; They're Now Top Secret
By Eugene Daniels
By Eugene Daniels
January 29, 2016
The State Department says none of the emails were classified when sent but has withheld 22 of them at the request of the intelligence community.
SHOW TRANSCRIPT

Twenty-two of Hillary Clinton's emails from her time as Secretary of State reportedly won't be in the State Department's latest email dump because information in them is top secret. (Video via U.S. Department of State)

So far, officials haven't really described what's in the emails or even if Clinton sent them.

The State Department told press Friday: "We have decided to make this upgraded. It's a State Department decision we are doing, but we're doing it at the request of the intelligence community."

Clinton's campaign has been dogged by accusations that she used a personal email server to handle sensitive government information during her time a secretary of state. Thousands of pages of Clinton's emails have been marked with a lower level of classification. In a press conference, the State Department said "none of the traffic was marked classified at any time" when it was sent, something Clinton has stressed, arguing the emails were handled properly. (Video via U.S. Department of State)

And politically, it couldn't come at a worse time for Clinton. We're only a few days away from the first caucus in Iowa, and Clinton's lead on rival Democratic presidential candidate Sen. Bernie Sanders has been slipping in the state. (Video via NBC)

Friday was the deadline for all of Clinton's emails to be released, but the State Department filed a motion last week for more time.