Yes, Sanders Thinks Clinton Is Qualified. We Can Move On Now. 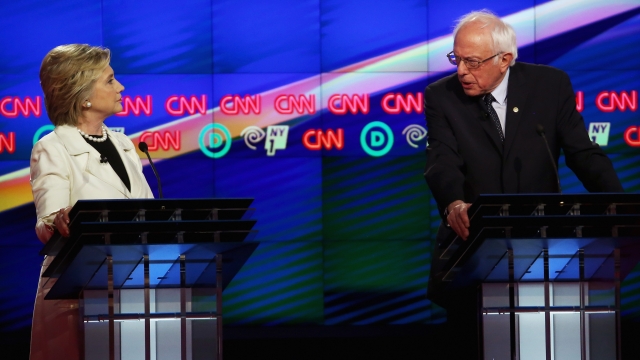 SMS
Yes, Sanders Thinks Clinton Is Qualified. We Can Move On Now.
By Eugene Daniels
By Eugene Daniels
April 14, 2016
The Brooklyn debate finally put the issue of Clinton's qualifications to bed.
SHOW TRANSCRIPT

"Does Secretary Clinton have the experience and the intelligence to be a president? Of course she does," Sen. Bernie Sanders said during the Democratic debate in Brooklyn, New York.

Sen. Bernie Sanders wants to make it completely clear: He absolutely thinks Hillary Clinton is qualified to be president.

He just doesn't love her judgment.

"I question a judgment that voted for the war in Iraq," Sanders added about Clinton's judgment.

The qualification question came after Sanders called his rival unqualified at a rally.

"I don't think you are qualified if you get $15 million from Wall Street through your super PAC," Sanders said in Philadelphia.

He said it was a response to reports Clinton had done the same.

Clinton was pretty critical during a "Morning Joe" interview but refused to comment on his qualifications ... Three times.

Sanders walked back the statement before the Brooklyn debate, saying his comments were always about judgment. He told "The View," "I regret less than she does because I had the courage to vote the right way even when it was not necessarily popular.”