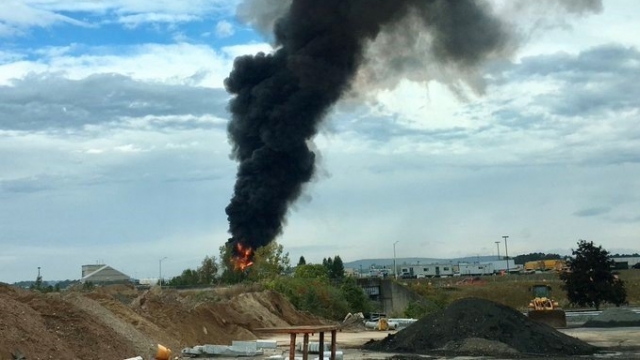 At least seven people are dead after a vintage Boeing B-17 bomber plane crashed at Bradley International Airport just outside of Hartford, Connecticut, on Wednesday. Officials said none of the victims were children.

The WWII-era plane, operated by the Collings Foundation, ran into a problem soon after taking off from Bradley Airport on Wednesday morning.

"Five minutes into the flight, the aircraft indicated to the tower that they were experiencing some type of problem with the aircraft. We did observe the aircraft was not gaining altitude," said Kevin Dillon, executive director of the Connecticut Airport Authority.

The plane returned to the airport to land but lost control and hit the airport's de-icing facility.

At a press conference, Connecticut State Police said at least 14 people were injured: 10 passengers, three crew members and one person who was on the ground near the crash.

Connecticut authorities are working with the FBI and NTSB to investigate the crash. The NTSB is expected to coordinate efforts to look at the crash site and determine what caused it.

The NTSB said a preliminary report will be issued in about 10 days.