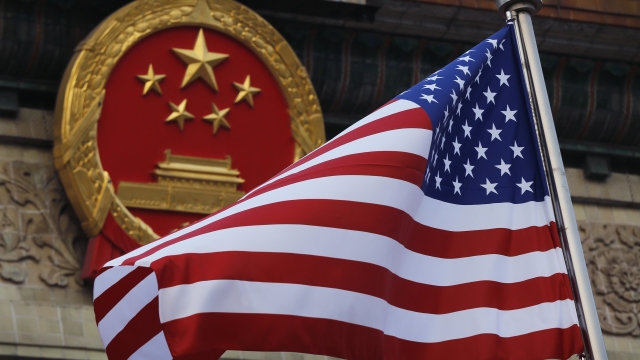 SMS
WTO Says U.S. Tariffs On China Don't Align With Its Trade Rules
By Katie Cammarata
By Katie Cammarata
September 16, 2020
The WTO said the U.S. did not provide enough evidence to justify the taxes, despite the U.S.' argument that China stole intellectual property.
SHOW TRANSCRIPT

The World Trade Organization said the U.S.' imposition of tariffs on over $200 billion worth of Chinese goods doesn't align with international trade rules.

In 2018, China filed a complaint with the WTO, arguing the tariffs were inconsistent with WTO rules. A three-member WTO panel agreed and said the U.S. singled China out with the tariffs. That goes against the organization's guidance that there are only certain reasons sanctions can be imposed on only one country.

The WTO said the U.S. did not provide enough evidence to justify the taxes, despite the U.S.' argument that China performed intellectual property theft and technology transfer that was harmful to the U.S.

It's important to note, the ruling only affects about $234 billion of U.S.' tariffs on about $370 billion worth of Chinese goods.

China said the ruling was "fair and objective."

U.S. Trade Representative Robert Lighthizer criticized the report Tuesday. He said it "confirms what the Trump Administration has been saying for four years: The WTO is completely inadequate to stop China's harmful technology practices." He said the U.S. "must be allowed to defend itself against unfair trade practices."

The WTO's ruling doesn't mean much for the U.S.' tariffs right now, since the organization's appellate system can't function at the moment. The appellate body consists of seven appointed judges who review arbitration rulings. The judges have four-year terms, and the U.S. has been blocking the appointment of new judges, so now it doesn't have enough members to do its job.

That means the U.S. can appeal this ruling, but it's not likely to get far. The New York Times reports China could ask the WTO if it can impose tariffs on the U.S. to recover some of its losses if the U.S. doesn't appeal or change its tariffs.