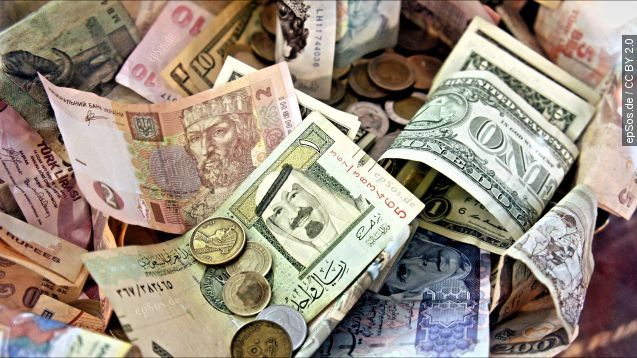 SMS
World's Richest 62 People Are As Wealthy As The Poorest 50 Percent
By Matt Moreno
By Matt Moreno
January 18, 2016
An Oxfam International report says the world's richest have seen their wealth rise by more than $500 billion in the last few years.
SHOW TRANSCRIPT

The gap between the poor and extremely rich is widening, and it's a troubling trend, according to a new report.

The annual Oxfam International report says the world's 62 richest people have the same amount of wealth as the bottom 50 percent of the world. For comparison, it took 80 billionaires last year to make up half the world's wealth. Further back in 2010, that number was 388.

According to the report, there's been a drastic change of the rich getting richer and the poor getting poorer.

Since 2010, the wealth of the world's poorest has dropped by about $1 trillion, or 41 percent. The wealthiest have seen their riches rise by about $540 billion in that same time frame.

Oxfam's executive director said, "World leaders' concern about the escalating inequality crisis has so far not translated into concrete action — the world has become a much more unequal place and the trend is accelerating."

The report from Oxfam, a worldwide antipoverty group, was intentionally released shortly before the World Economic Forum in Davos (Switzerland), where some of the world's wealthiest businesspeople and most powerful politicians will gather to discuss solutions to world poverty.

This video includes images from Getty Images and epSos.de / CC by 2.0.