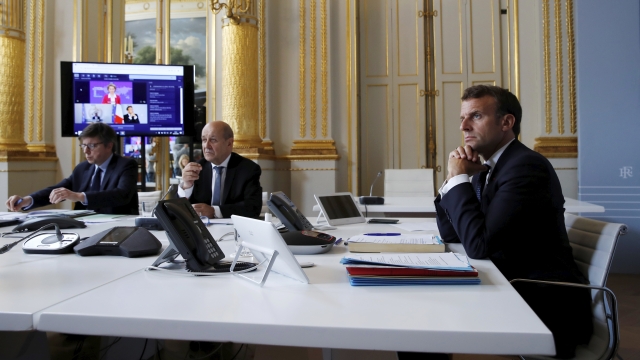 More than 30 countries, banks and other organizations pledged to give 7.4 billion euros, equivalent to $8 billion, for research for a vaccine against COVID-19.

The European Union gathered the pledges in a virtual event Monday. It fell short of its goal of 7.5 billion euros, but more money could be on its way. The U.S. and Russia did not participate. But the European Commission alone pledged $1 billion to the effort. Commission President Ursula von der Leyen said this is just the start of a "global pledging marathon" and more money will be needed.

"The reality is that we will have to learn to live with the virus until, and unless, we develop a vaccine," von der Leyen said. "And this is why we have to join forces and pool our money and our minds to kick-start work on vaccines, diagnostics and treatments against coronavirus."

Several other countries, including the U.K., which pledged $925 million, co-hosted the conference. British Prime Minister Boris Johnson, who spent three nights in intensive care with COVID-19, emphasized the importance of working together.

"To win this battle, we must work together to build an impregnable shield around all our people, and that can only be achieved by developing and mass-producing a vaccine," Johnson said.