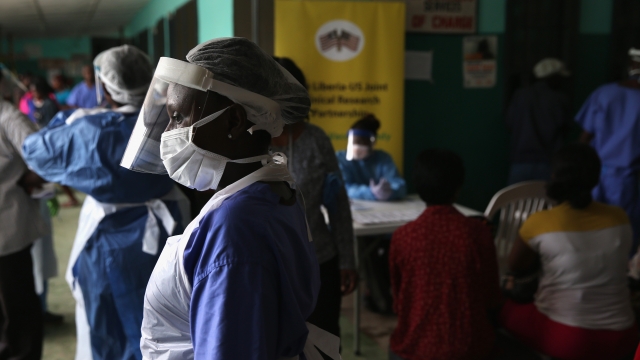 SMS
World Health Organization Approves Ebola Vaccine
By Meg Hilling
By Meg Hilling
November 14, 2019
The injectable vaccine has been shown to be effective in protecting people from the Ebola Zaire virus.
SHOW TRANSCRIPT

The World Health Organization is one step closer to stopping the spread of Ebola, following official approval of a vaccine.

The vaccine, already in use in the Democratic Republic of Congo, is now deemed prequalified by the WHO. This means the vaccine meets the health organization's standards for quality and safety. The approval will speed up licensing, access and rollout of the vaccine to countries most at risk for Ebola outbreaks.

In a statement Tuesday, the WHO's director general said, "This is a historic step towards ensuring the people who most need it are able to access this life-saving vaccine." He added, "Five years ago, we had no vaccine and no therapeutics for Ebola. With a prequalified vaccine and experimental therapeutics, Ebola is now preventable and treatable."

The vaccine is manufactured by U.S. pharmaceutical company Merck. Earlier this week, the company received approval from the European Commission to market the drug.

The WHO says the injectable vaccine has been shown to be effective in protecting people from the Ebola Zaire virus.

Ebola is spread through contact with blood or body fluids of an infected person and is often fatal. According to the WHO, fatality rates have varied from 25 percent to 90 percent in past outbreaks.