The World Bank Wants Countries To Invest More In People 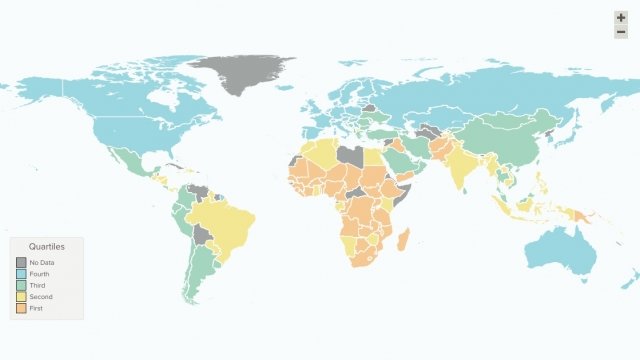 By Katie Cammarata
October 11, 2018
The World Bank released its first Human Capital Index on Thursday. It's a way of ranking countries' investments in health and education.
SHOW TRANSCRIPT

The World Bank wants countries to invest more into people.

The group released its first Human Capital Index on Thursday. It's a way of ranking countries on their investments in health and education.

One of the goals of the report is to show countries how much, or how little, they're investing in their people. The director of one poverty organization described the report as a "shame approach to human investment."

The World Bank's president said during a meeting on Thursday, "We really do feel that there is no excuse to not invest in your people."

The report looked at six health and education statistics for each country, including how likely a child is to survive to the age of five and the number of years a child will stay in school before their 18th birthday.

The World Bank took all of that information and used it to calculate how likely a child is to be productive when they grow up, dubbing that the Human Capital Index. It's a number between 0-1. Singapore ranked at the top, and the U.S. ranked 24th.