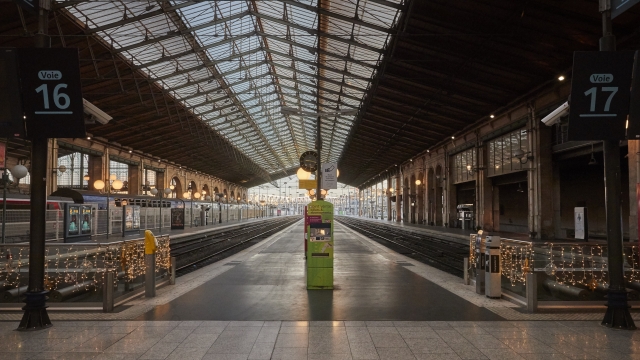 Train workers on strike clashed with Paris police on Monday as they blocked passengers from boarding one of the only running trains in the city. Workers are entering the 19th day of strike against a possible change in France's retirement plan.

Train workers began striking on December 5, when they learned of French President Emmanuel Macron's plan to raise the retirement age to 64, among other changes in pension regulations.

The current minimum retirement age in France is 62, and retirees receive about $1,500 a month. Under the new plan, people would have to work longer, and risk receiving less if they choose to retire before 65. The new plan would not affect current retirees or people born before 1975.

Certain union groups, like train workers, are deeply concerned about the reform because it "threatens the idea of the welfare state." Currently, they can retire early, but under the new plan, they won't have that option.

As the holidays approach, Macron and his government are hoping the strikers will take a break, but many unions have said they want protests to continue into the new year. Macron said the new retirement plans would create financial sustainability and "streamline" the pension system for France.

The proposed bill is set to be voted on in January.