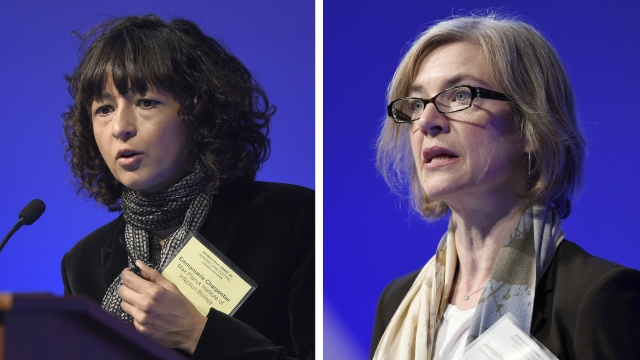 The method can change the DNA of animals, plants and microorganisms with extremely high precision.

Emmanuelle Charpentier of France and Jennifer A. Doudna of the U.S. developed a method to change the DNA of animals, plants and microorganisms with extremely high precision.

"The ability to cut the DNA where you want has revolutionized the life sciences, we can now easily edit genomes as desired, something that before was hard or even impossible," said Penilla Wittung Stafshede, chair of the Nobel Committee for Chemistry.

It is the first time two women have won the Nobel Prize in chemistry together.