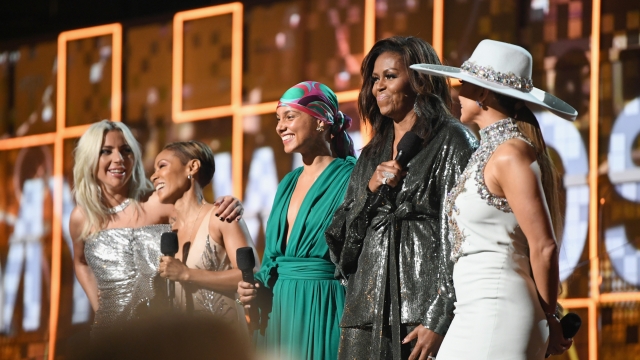 The 2019 Grammy Awards celebrated women in a big way — honoring them with six out of the nine awards handed out during Sunday night's telecast.

Kacey Musgraves took home the night's top prize — album of the year. Her three other Grammy wins in the country field helped Musgraves tie with Childish Gambino for the most awards of the year. Of his four wins, Gambino most notably won both record of the year and song of the year.

The Recording Academy almost seemed to be trying to make amends with women in the music industry — who were told last year by the Academy's president that if they wanted to win more Grammys, they needed to "step up."

In 2018, Alessia Cara was the only female artist to win an award during the televised ceremony.

But women didn't just dominate the number of awards handed out during Sunday's telecast — their voices were heavily featured too. Variety noted that of the night's 17 performances, only four included male artists.