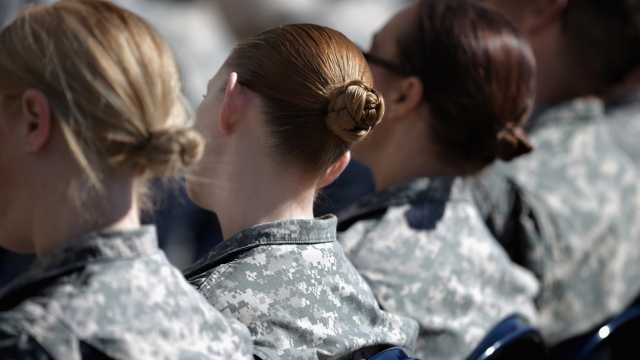 SMS
Women Probably Won't Be Getting Drafted Anytime Soon
By Katie Link
By Katie Link
June 15, 2016
Senate members passed a defense bill with an amendment requiring women to register for the draft — but it's not likely to become a law right now.
SHOW TRANSCRIPT

OK, ladies, in two years' time we might have to get in formation — because the Senate wants us to register for the draft.

Senate members voted Tuesday to pass a defense bill that includes an amendment requiring women to register for the draft starting in 2018.

But the draft, also known as selective service, hasn't been used in decades. What's more, a version of the bill with the amendment would still need to get approval from the House and the president before it would go into law.

Just six months ago, women were still barred from enrolling in some combat positions. Once that changed, so did people's opinions on whether women should be forced to join the draft.

But it’s kind of an accident that our top lawmakers are even debating this in the first place. The representative who introduced the first-of-its-kind amendment to a House committee back in April thought it would be an ironic gesture.

The Huffington Post reports, "He was trying to prove that nobody would actually support expanding the draft to women if given the choice."

Well, it appears he was wrong. The House committee narrowly voted to approve it — only for it to be dropped from the bill before the entire House voted.

But a similar amendment in the Senate scored overwhelming support. Tuesday's bill passed with an 85-13 vote.

As we mentioned, forcing every American woman between the ages of 18 and 26 to register for the draft is looking like a long shot. As The Atlantic points out: "Somehow, both houses of Congress have to agree on an identical bill. And once they do, then there's a good chance President Obama will veto it over a separate funding fight anyway."

This video includes clips from the U.S. Army and the U.S. Department of Defense and images from Getty Images.