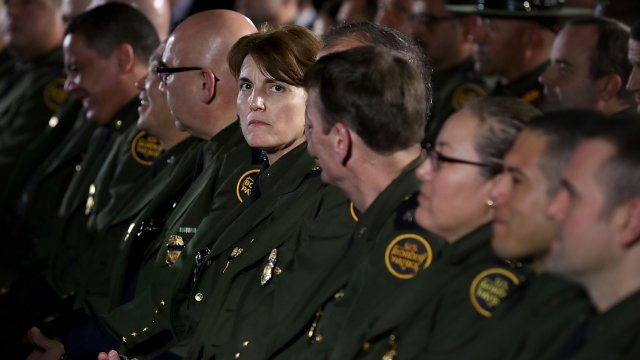 A lot has changed since 1996. New president, new phones, new laptops. But there's at least one thing that's essentially the same: the amount of women in federal law enforcement jobs.

In 1996, women made up 14 percent of positions at companies like Customs and Border Protection and the Secret Service. A new Politico survey found that's barely changed.

"So, it's just gone up 1 percentage point, which, you know, at that rate, it would take 700 years to get to 50 percent, which is a really long time," Politico reporter Amanda Ripley told Newsy.

The problem is worst at the Border Patrol, with just 5 percent women agents. And that goes into every federal law enforcement agency, but there are some that prove it's possible to diversify their ranks.

"One of the surprisingly strong agencies is the FBI. The FBI has 20 percent women. The highest percentage of women was at the federal probation office, which has 50 percent women," Ripley said.

Now, there's no conclusive evidence that women are better or worse at policing than men. But there are reasons that this matters.

"A big big part of law enforcement success is building trust with the communities, so if you have agencies that literally don't represent half the country, at some point weird things start to happen," Ripley said.

Those weird things can be practical, like the body searches some federal agencies do: Not having a woman agent is an obvious issue. Women are also obviously needed for undercover work.

"The other thing that matters is when you bring someone on a crime scene that doesn't look like your stereotypical cop, it disrupts their narrative," Ripley said. "You need that trust. You need that door to open just a crack because most of law enforcement is communication."