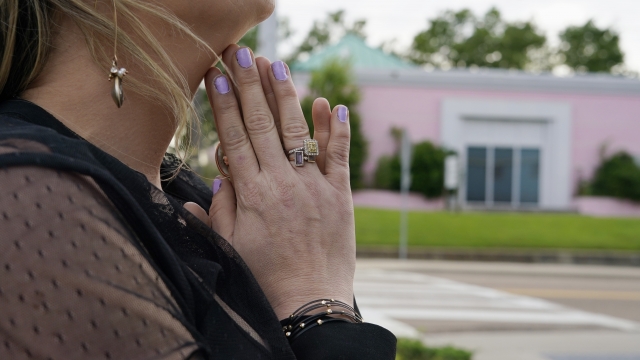 The neighborhood that surrounds the little pink house, Mississippi’s only abortion clinic, looks like a scene from the 1950s — a time when abortion was illegal and women resorted to what usually turned out to be unsafe and deadly methods in order to have the procedure.

Roe v. Wade made abortion legal in 1973. Now, thousands have visited the clinic every year.

But it isn’t easy to make the trip there. For many it takes a lot of soul searching, tears and healing.

In 2013, a fresh, unique coat of paint turned the Jackson Women's Health Organization from a muted color to bright pink as a way to show solidarity with women.

Over two decades earlier in 1992, the JWHO was one of eight abortion facilities in Mississippi. Lawmakers spent years chipping away at these venues. The ACLU says by 2014 new state laws had painted a new landscape in the magnolia state; only two abortion facilities and one clinic were left. Just a few years later, the pink house became the only house to service women looking for abortions.

Astria Goolsby was 16 years old, a basketball player and in love.

Goolsby says she went back and forth about what to do but that ultimately, she says her family had other plans for her.

It was a valuable lesson — one she occasionally focused on to keep from making it again.

At the age of 30, she moved into that 1950s-looking, artsy district of Jackson, Mississippi and ended up having to face her experience.

Now a successful businesswoman, Goolsby says she’s been blessed to be around people who have not been judgmental, though sooner or later a reminder brings up the sometimes triggering decisions and conversations.