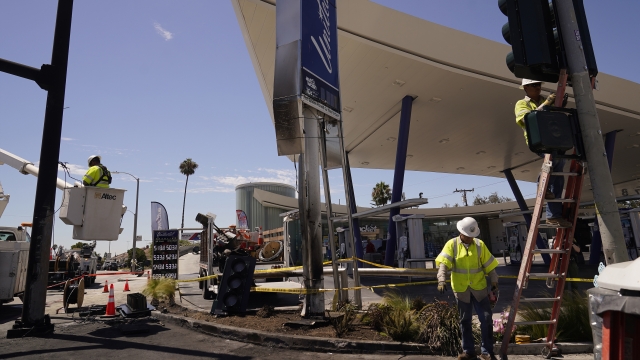 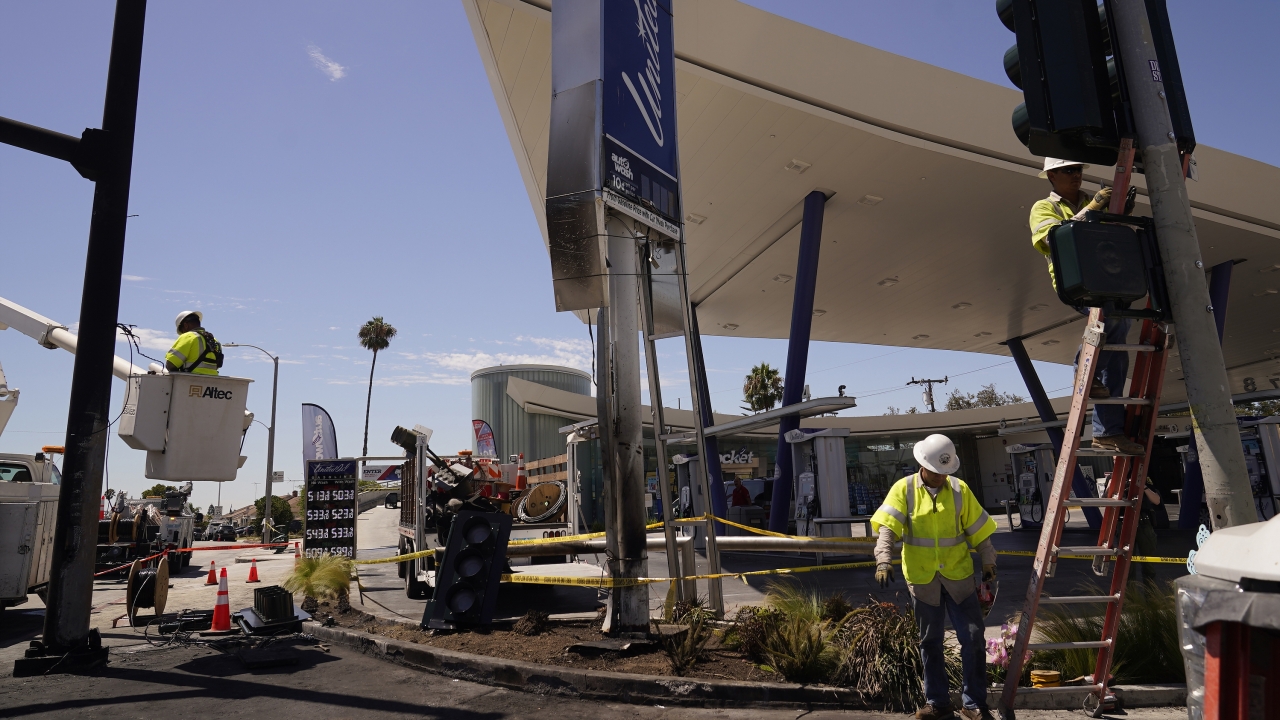 A pregnant woman who died along with her young son and three others in a fiery crash caused by a speeding car was heading to a prenatal doctor's appointment, her sister said Friday.

"Everybody's heartbroken," Kerr told KABC-TV. "She literally walked out the door, because we all live together, and she said, 'Ok, I love y'all. I'm going to my doctor's appointment to check up on the baby.' We asked, 'Oh, why don't you leave our nephew here?' She said, 'No, I want to take my son for a ride.' So, knowing that really, really broke our hearts."

Lester's family told KABC-TV that the 24-year-old security guard was the father of the unborn child, who was listed as "baby boy Ryan" in online coroner's records.

Two other women and a man were also killed but their names weren't made public Friday.

Shortly after 1:30 p.m. Thursday, a Mercedes-Benz sedan ran a red light at high speed and caused the crash involving as many as six cars near a gas station in the unincorporated Windsor Hills about 10 miles southwest of downtown LA, according to the California Highway Patrol.

The California Highway Patrol said Nicole Lorraine Linton, who sustained moderate injuries in the collision, was taken into custody on suspicion of vehicular manslaughter with gross negligence.

Prosecutors said they could receive the case as early as next Monday and will then decide whether to file criminal charges.

It was not immediately clear whether Linton, 37, had an attorney who could comment on her behalf.

The Mercedes-Benz sedan never appeared to brake as it flew through the intersection and Pepi said detectives are looking into whether Linton had a medical episode or was driving under the influence of drugs or alcohol.

"It was definitely one of the most horrific crashes that we've seen," CHP Officer Franco Pepi told The Associated Press on Friday.

Several people were flung from the cars and two vehicles caught fire. Television reports showed the blackened and mangled cars, as well as a child's car seat among the debris covering the street.

Video showed the Mercedes careening through an intersection, striking at least two cars that exploded in flames and were sent hurtling onto a sidewalk, winding up against the gas station's corner sign. A fiery streak led to one car. One vehicle was torn in half.

The car was going at least 50 mph as it raced through the crowded intersection, Pepi said Thursday. Eight people were taken to the hospital, including Linton.

The other victims had minor injuries and included a 33-year-old woman and six children ranging in age from 1 to 15 years old, Pepi said.

A memorial grew outside the intersection Friday, as mourners left flowers and candles in memory of the dead.

Henry Sanchez, who works at nearby Sinclair Gas, was at the indoor register when he heard "the loudest noise I've ever heard."

"The sound of it, it was gut-wrenching," he told the AP on Friday. "It was like two trains hitting each other, metal on metal."

He saw people rush to the cars to offer aid but they were kept back by the flames until firefighters arrived.

"I remember everybody trying to get the fire down and help people out as much as they could, but nobody could do anything," he said.

Veronica Esquival told KTLA-TV that she covered her head for protection as debris flew.

"All of the sudden, a baby literally flew from the middle of the intersection to the middle of the gas station and landed right on the floor in front of me," Esquival said. "One of the workers came and saw me with the baby and took the baby out of my hands. … Somebody tried to resuscitate the baby but the baby was gone."

Debra Jackson, told KCBS-TV she was about to get out of her car to pump gas when she heard a big explosion.