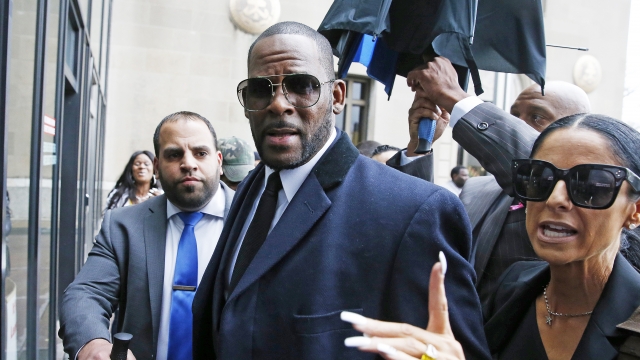 Jim DeRogatis is a music critic and reporter who has broken some of the biggest and most salacious stories about R. Kelly over the past 20 years.

JIM DEROGATIS: "Believing as I do in the power of music, to think that somebody used it to ruin lives, that kills me. That just absolutely kills me."

Although he calls himself a "free-speech absolutist," the journalist who’s spent almost 20 years exposing allegations that R. Kelly sexually abused underage girls supports the "Mute R. Kelly" movement. Jim DeRogatis says in this case, you can't "separate the art from the artist."

DEROGATIS: "If you take art seriously, and I certainly do, then we have to know about its context. … From 'Honey Love' in 1991 to 'I admit' — his entire catalog is about an unfettered vision of hedonism. Which can be, in my opinion, summarized as 'I will take my pleasure where I please, and I do not care who it may harm.' It's right there. It's in the art. If it is in the art, I think we cannot ignore it."

Even as Kelly was indicted on child pornography charges and the infamous "sex tape" became a pop culture punchline in 2002, his popularity didn't suffer — if anything, he became even more rich and famous. Between 2002 and his trial in 2008, Kelly had four No. 1 albums and earned millions more headlining four nationwide tours. All the while, Kelly faced lawsuits from multiple women in relation to sexual abuse.

DEROGATIS: "Because the accusers and the girl in that tape, they're 'bitches', they're 'hoes,' they're 'gold diggers.' … Black girls are chronically seen in society as fast and loose, therefore, they are un-rapeable. You know, these are problems that are way bigger than the pop music beat … That tape — for all the jokes and the Chappelle skit and everything else— is the most horrifying thing I've ever seen in my life."

Even as the world moved on, DeRogatis persisted in investigating Kelly's alleged abuse — because he kept hearing new accusations. In 2017, DeRogatis wrote a Buzzfeed News story that thrust the scandal back into the spotlight. He reported in painstaking detail how Kelly was holding women against their will in his home, cut off from their parents.

This time, it seemed the public wanted to see Kelly pay a price, even if financially. Protests forced him to cancel a concert appearance in his hometown of Chicago. Radio stations, Spotify, Apple and Pandora chose to stop promoting his music. DeRogatis acknowledges many of these actions were thanks largely to black women activists.

DEROGATIS: "To be clear, from long before our first story, in December 2000, there were black activists, mostly women, complaining about Kelly. One thing social media did, one thing that Kenyette Barnes and Oronike Odeleye, the founders of #MuteRKelly, did with that hashtag is unite people."

KENYETTE BARNES: "Jim's work really served as almost the the seminal evidence for us to do this to the degree that we've done it."

#MuteRKelly is a hashtag, but the women behind it took the fight offline, staging protests at Kelly's concerts, confronting radio DJs and circulating petitions.

ORONIKE ODELEYE: "I think we have a lot of things that are coming together all at once. So you have social media and the power that it has to really spread information. You've got 'Time's Up,' you've got 'Me Too,' you have these women all over coming forward with their stories of sexual harassment, sexual abuse, sexual violence. And so we were kind of able to harness all of that in order to really put this message forward."

And while they don't take full credit, their efforts seem to be working. Kelly's music has been banned by R&B stations in New York, LA, Dallas, Atlanta and other major cities. According to Billboard, Kelly's radio airplay nationwide dropped by nearly half between 2017 and 2018.

ODELEYE: "When you listen to somebody on the radio, that's royalties. When you stream their music, that's royalties. When you go to the concert, that's fees. All of those things we do are not innocent, they're not benign. They actually put money in somebody's pocket, and we don't want to be putting money in somebody's pocket who is going to turn around and use that money to abuse our daughters. So it's not a free speech issue. This is an accountability issue … And we've been letting this man pass with no accountability for decades now."

Kelly is set to appear in court Wednesday for a status hearing to face 21 counts of sexual abuse and assault from the Cook County State's Attorney's Office in Illinois. These charges are related to four alleged victims who came forward to cooperate with the State's Attorney's office.

ANDRESS: "R. Kelly has been in the crosshairs of the law before — many times before. Does this feel different to you?"

DEROGATIS: "No. No, because the federal authorities who've talked to me off the record, not for attribution, are telling me they're angry at Cook County State's Attorney Kim Foxx for rushing the Illinois case — the Illinois charges. The current charges, 21 counts of sexual assault for victims, only three of whom are cooperating, only scratched the surface of 30 years of crimes against dozens of young black girls in this community. … And regardless, it's too late, too little for Tiffany Hawkins, Patrice Jones, Tracy Sampson, Aaliyah Dana Haughton, Lizzette Martinez, Jerhonda Johnson, now Jerhonda Pace … It's too little, too late for all of those women."