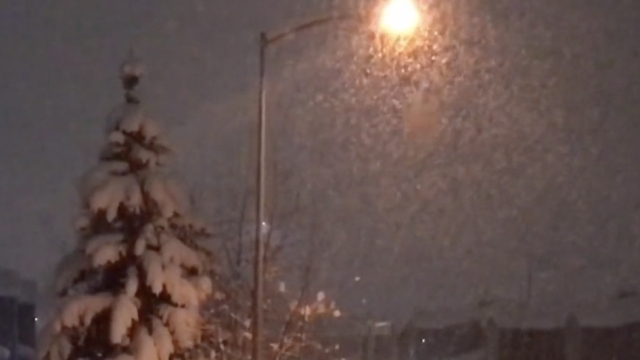 SMS
Winter Weather Across The U.S. Is Not Following Traditional Patterns
By Scott Withers
By Scott Withers
December 6, 2021
The La Niña phenomenon is altering the jet stream, pushing it farther north and creating a drier and warmer winter, which is causing lots of problems.
SHOW TRANSCRIPT

The La Niña phenomenon is altering the jet stream, pushing it farther north and creating a drier and warmer winter, which is causing lots of problems.

Fire season should be over, but there were wildfires raging through Denton, Montana, Friday and Saturday, destroying two dozen homes and businesses. No one was hurt. Snow finally fell in the state Sunday, ending the wildfire threat.

One place that still needs snow is Denver. The Mile High City has gone 229 days with no measurable snowfall. It's now the second-longest stretch. The record is 235 days set back in 1887. Denver could break that early next week.

As a strong system is hammering the last frontier, there are winter storm warnings in effect for all the major cities of Alaska through Tuesday with up to 2 feet of snow in the next two days.

The Pacific is pretty busy. A Kona low storm is streaming over the Hawaiian islands. It's producing intensive rainfall across the island chain, but  the National Weather Service says the main focus is the island of Maui, which will see a life-threatening flash flood Monday. Up to 3 inches of rain per hour is going to fall on the island. A cold front swept through the city. It didn't bring snow, but it did bring a massive dust cloud. On the Big Island, a blizzard warning is in effect. At the top of one of the summits of the two tallest volcanoes there are 80-mile-per-hour winds and up to 6 inches of snow.

But there's not enough snow and not in the right places.

Right now, 52% of the U.S. is in a drought. The snowpack is critical to provide water in the spring and summer. Every day without is going to make the drought worse next year.