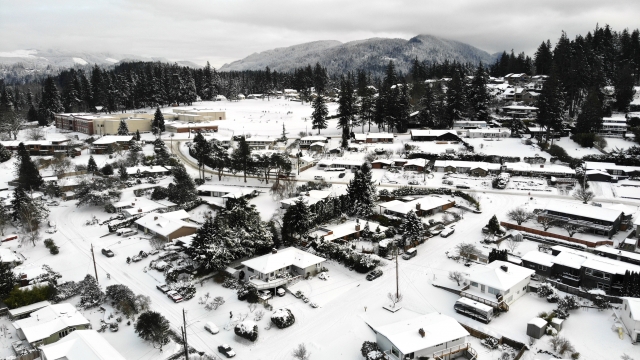 Severe weather sweeping parts of the U.S. brought frigid temperatures to the Pacific Northwest and heavy snow to mountains in Northern California and Nevada.

Emergency warming shelters were opened throughout Oregon and western Washington as temperatures plunged into the teens, and forecasters said an arctic blast would last for several days. Sunday’s snow showers blew into the Pacific Northwest from the Gulf of Alaska, dumping up to 6 inches across the Seattle area. 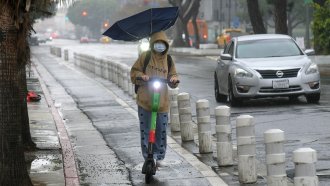 The winter weather led to canceled flights in Seattle, Minneapolis, Salt Lake City and elsewhere. Blowing snow in mountains of Northern California and Nevada closed key highways, with forecasters warning that travel in the Sierra Nevada could be difficult for several days.

At Donner Pass in the Sierra, officials with the University of California, Berkeley’s Central Sierra Snow Laboratory on Monday said recent snowfall has smashed the snowiest December record of 179 inches, set in 1970. The record is now 193.7 inches as more snow is expected.

The Northstar California Resort in Truckee closed its mountain operations on Monday amid blizzard conditions. The ski resort has received more than 6 feet (1.8 meters) of snow over the last 48 hours, according to the resort's Facebook post.

The snowpack in the Sierra was at dangerously low levels after recent weeks of dry weather but the state Department of Water Resources reported on Monday that the snowpack was between 145% and 161% of normal across the range with more snow expected.