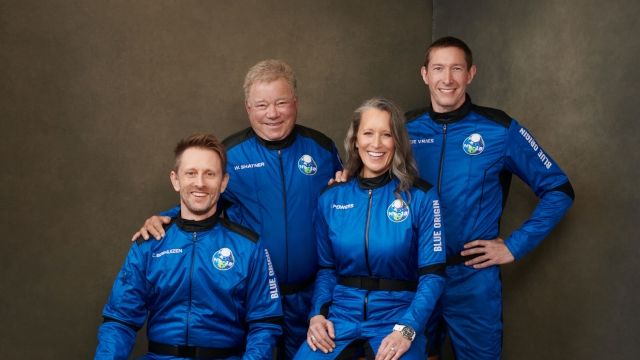 William Shatner is preparing to become the oldest person in space aboard the second human flight for Jeff Bezos' Blue Origin.

Captain Kirk himself is preparing to become the oldest person in space aboard the second human flight for Jeff Bezos’ Blue Origin.

Audrey Powers — the woman in charge of flight operations at Blue Origin — also on board. So are a medical researcher and scientist.

The crew of four solidifies Blue Origin's place in space tourism. The company is the first to launch a second tourism mission — after SpaceX's successful launch last month. But it comes amid intense criticism of its culture and safety protocols.

The FAA tells Newsy it's reviewing allegations in a letter from 21 current and former Blue Origin employees.

They say the company is rife with sexism and puts timeliness of launches over safety, silencing dissent in the process.

The company responded in a statement to Newsy, starting out by saying the main author of the essay was fired two years ago.

The company said "Blue Origin has no tolerance for discrimination or harassment of any kind. We provide numerous avenues for employees, including a 24/7 anonymous hotline, and will promptly investigate any new claims of misconduct. We stand by our safety record and believe that New Shepard is the safest space vehicle ever designed or built."

The FAA did not respond to Newsy's question about whether its review could interfere with Tuesday's launch.