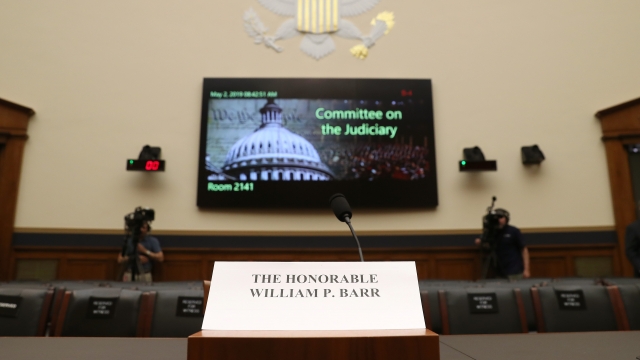 "Ordinarily, at this point, I would introduce the witness. But instead, we will conclude this proceedings. I just want to say, we didn't choose to not have Mr. Barr come. He chose," Jerry Nadler said.

There was an empty witness chair during the House Judiciary Committee's hearing Thursday as Attorney General William Barr declined to appear for his scheduled testimony.

"History will judge us for how we face this challenge. We will all be held accountable in one way or another. And if he does not provide this committee with the information it demands and the respect it deserves, Mr. Barr's moment of accountability will come soon enough," Nadler said.

"The reason Bill Barr isn't here today is because the Democrats decided they didn't want him here today," Collins said. "You can disagree with the Attorney General all you want. But yesterday he sat for over almost six hours in the Senate voluntarily answering questions. ... But we're not getting that opportunity today because the stunt and the circus continues over here."

Lawmakers wanted to ask Barr about how he handled the release of the Mueller report. On Wednesday, the committee voted to let an outside counsel ask Barr questions after committee members had concluded their questioning.

Barr had already objected to an outside counsel, but after the vote on Wednesday, the Department of Justice told the committee that Barr would not appear.

After the hearing, Nadler told reporters his committee will make "one more good faith attempt to negotiate" with Barr. But if there isn't any progress, they will proceed to hold him in contempt.