The Trump-Russia Investigation Keeps Coming Back To Wikileaks 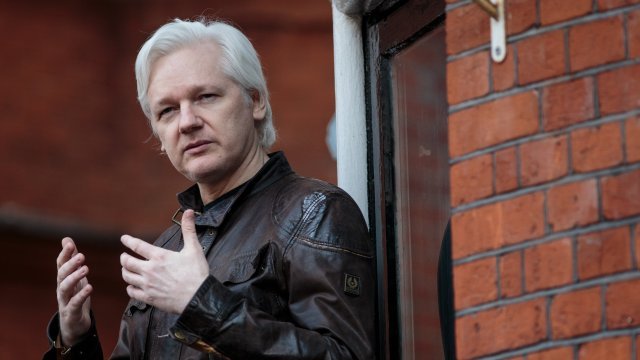 SMS
The Trump-Russia Investigation Keeps Coming Back To Wikileaks

By Matt Picht
November 27, 2018
The investigation into potential collusion between the Trump campaign and Russia runs through Wikileaks.
SHOW TRANSCRIPT

The ongoing probe into potential collusion between President Trump's campaign and the Russian government could end up hinging on one third-party organization: Wikileaks.

During a rally, Trump said, "These Wikileaks emails confirm what those of us here have known all along: Hillary Clinton is the vessel of a corrupt global establishment."

Leaked emails that painted Trump rival Hillary Clinton in a bad light were a major vector of alleged Russian interference during the 2016 election. In one instance, Clinton adviser John Podesta had his email account hacked by a group codenamed "Fancy Bear" — believed to be a covert arm of the Russian government. 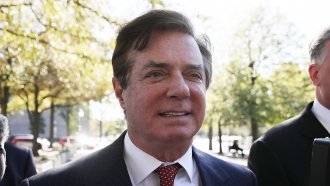 Podesta's emails were among a trove of stolen emails allegedly passed along by the Russians for Wikileaks to publish. Authorities accidentally revealed this month that they are forming a criminal case against Wikileaks founder Julian Assange, though the charges against Assange are still sealed.

By itself, the email hack doesn't implicate the Trump campaign. but Wikileaks was in contact with several Trump associates before they published the email. The site made largely one-sided overtures to Trump's son, Donald Trump Jr. Trump ally Roger Stone appeared to receive advance knowledge about the stolen emails through his contacts with the site. And a new report from the Guardian alleges Trump campaign manager Paul Manafort visited Assange months before the email dump went public — though Manafort and Wikileaks are both denying that ever happened.

The connections between Wikileaks and the Trump campaign are a major focus of special counsel Robert Mueller's probe into whether the Trump campaign colluded with Russia. We likely won't have many hard answers about the potential collusion until the probe wraps up.