Why You Can't Compare This Nightclub Shooting To Orlando's 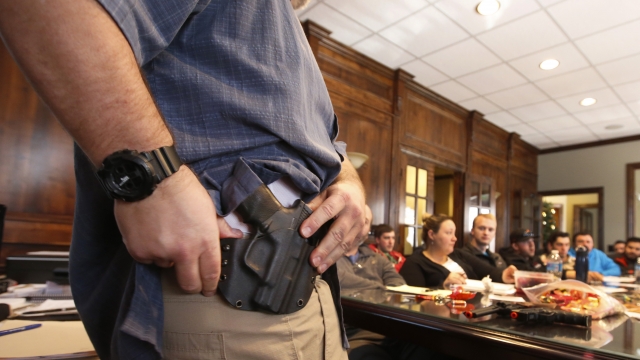 SMS
Why You Can't Compare This Nightclub Shooting To Orlando's
By Melissa Prax
By Melissa Prax
June 30, 2016
A recent shooting near a South Carolina nightclub offers another perspective to the gun debate in America.
SHOW TRANSCRIPT

The man who shot three people near a South Carolina nightclub is being charged with several counts of attempted murder.

But that's not why some outlets are focusing on the shooting.

SEE MORE: "The NRA Is Not Actually Donating Guns To 'At-Risk Americans'"

A local police lieutenant said, "His rounds struck three victims, and almost struck a fourth victim, who in self-defense, pulled his own weapon and fired, striking Thompson in the leg."

Authorities haven't named the man who fired back at Thompson, but they did say he had a concealed carry license. And some are now speculating because that man had a weapon, he stopped Thompson from hurting more people.

Authorities told local media none of the injuries were fatal, including Thompson's. The man who shot him reportedly won't be charged.

Authorities say Thompson was unlawfully carrying a firearm. He is also charged with possession of a weapon during the commission a violent crime.

The shooting comes during a renewed debate over America's gun laws. Weeks prior, 49 people died in a shooting at Pulse nightclub in Orlando, and dozens more were injured.

Some argue the Orlando shooting could've been prevented if someone inside Pulse had a permit to carry a concealed weapon.

SEE MORE: "Most Gun Laws Found Not To Work, But Background Checks Might"

South Carolina loosened its restrictions for guns in bars in 2014. South Carolina's laws now let bar and restaurant owners decide if they want to allow concealed weapons inside.

This video includes clips from WHNS and WSPA and images from Getty Images and South Carolina Sheriff's Office via WIS-TV.