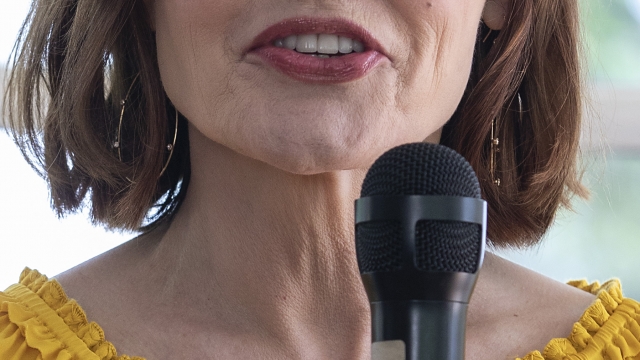 We prefer deeper voices in our leaders.

Try researching the human voice online, and within a few clicks you're bound to run into Barry White and Morgan Freeman.

Their pipes have something in common: They're deep. Listen to White sing "Can't Get Enough of Your Love Baby,"  or Freeman narrating "The Shawshank Redemption". Heck, he even narrated a movie about penguins!

Sometimes sultry. Always melodious. Definitely deep. Multiple studies show that we like "deep." Most of us hate the sound of our own voice — we're Kathleen Turner in our heads but Angelica Pickles on tape.

That's because we hear our voice in two ways: in our ears and through our bones.

What we hear internally in our bones is a lower pitch than what we hear in our ears on recordings. That's called voice confrontation. And it doesn't stop with ourselves. A preference for a deeper-pitch voice is especially interesting when it comes to politics and leadership. Voice, it turns out, is on the yardstick we use in choosing leaders.

Male candidates with deep voices, research shows, are considered to be stronger, more competent and wiser. No surprise, then, they often get more votes.

But what of female candidates? They, by nature, have higher-pitched voices.

The standard in politics, nevertheless, seems to be strength, and strength and authority are linked (in perception) to a deeper voice.

That's the reason Margaret Thatcher hired a speech coach to help her significantly lower her pitch. She went from being called "shrill" to calm and authoritative, and served as Britain's first female prime minister from 1979 to 1990.

There also is research indicating women in countries where there is greater gender equality are developing lower-pitch voices.

That's politics and leadership. Then there is sex. Studies find that males are attracted to a high-pitch female voice, and females to a low-pitch timbre. Males also benefit from a touch of breathiness. Gay men might lower their voices to sound more masculine when first meeting somebody, a study found, while heterosexual men want their sexuality to be apparent on a first encounter. To paraphrase media scholar and philosopher Marshall McLuhan, "the voice is the message."

It's not only what is said, but whether it's pitch-perfect.