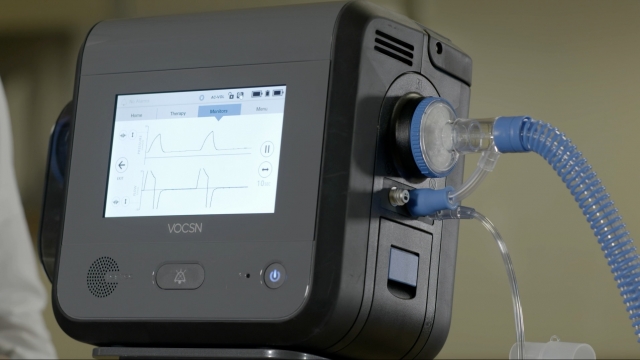 SMS
Why U.S. Hospitals Don't Have Enough Respirators and Ventilators
By Lindsey Theis
By Lindsey Theis
March 24, 2020
Estimates show the US could be 760,000 short of the needed ventilator stock. In the meantime, what is happening for patients in the United States?
SHOW TRANSCRIPT

"Ventilators are expensive. They take up a lot of space and generally we don't need this many ventilators," Chris Brooks, Chief Strategy Officer of Ventec Life Systems told Newsy.

We’ve heard about the needs and shortages of ventilators, PPE, and respirators in the coronavirus fight. First, it’s important to distinguish between a respirator, like an N95 mask, and a ventilator, a medical device that helps patients breathe. 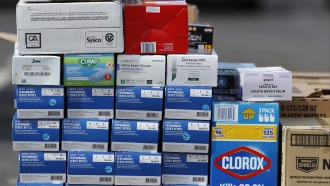 Most hospitals have limited ventilator backstocks because they are very expensive, from 5 to 50 thousand dollars. Ventilators also require multiple additional devices that handle respiratory critical care functions: like suction or secretion clearance, and nebulization, which essentially helps administer liquid medication by changing it into a gas.

Estimates from the Society for Critical Care Medicine and the American Hospital Association show as many as 960 thousand CoVid-19 patients in the US could need a ventilator during this pandemic. But estimates show the nation has only about 200,000 of the machines, around half of which are older models not ideal for the most critically ill.

"Some hospitals do have excess capacity. But for most hospitals, these are devices that need to be maintained. They need to be checked on. And there is a cost to that. Most hospitals would not have extra ventilators on hand in excess to what we're looking at needing," Dr. Ben Singer, Pulmonary and Critical Care Specialist at Northwestern Memorial Hospital told Newsy.

In the meantime, what is happening for patients in the United States?

"It starts with what we always do, which is careful consideration of who should be on a ventilator while a ventilator is lifesaving, we don't put people on ventilators arbitrarily. So it starts with careful selection of who we think should be on a ventilator for their medical condition. Beyond that, what we've seen in Italy and some other countries are very challenging, heartbreaking decisions about who is most likely to benefit from a ventilator over another patient. And this is a system of care that we are not used to in the United States. We do not have a system where we are in any way used to rationing care. But if we are faced with a shortage of ventilators, those are the types of decisions that we need to consider," Dr. Singer said.

That count includes the ventilators in the U.S. government’s Strategic National Stockpile. Industry experts tell Newsy the stockpile is not meant to supplement the total need but to serve as a bridge for critical supplies while manufacturers ramp up production, which they are doing right now. Medtronic, one of the largest ventilator makers and Elon Musk tweeted about being in talks about working together. 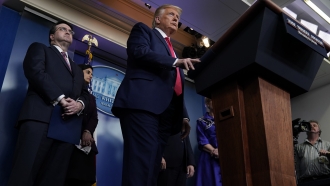 GM is working with Ventec to increase production. And while President Trump has said Ford, GM and Tesla are getting the go ahead-no automaker needs permission nor are they close to making medical gear such as ventilators. It would  take months — if not longer.

Another possible solution has been introduced-doubling up or reusing ventilators on more than patient. Research is limited, but has shown to be successful. Doctors successfully reused vents to care for critical patients in the 2017 Las Vegas mass shooting.