Why The US Is Trying To Talk To The Taliban — Again 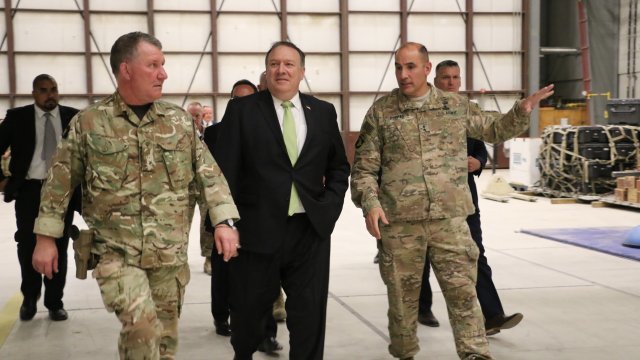 SMS
Why The US Is Trying To Talk To The Taliban — Again
By Jake Godin
By Jake Godin
July 26, 2018
Talks for ending America's longest war have been complicated, but the Trump administration is giving direct negotiations with the Taliban another go.
SHOW TRANSCRIPT

Once again, the U.S. is pushing to end its longest war — and once again, it's giving it a shot by talking directly with the Taliban.

The new round of talks is meant to kick-start negotiations between the Taliban and the Afghan government. But it's a significant shift from President Donald Trump's past position on the issue.

Past policies demanded the Taliban negotiate with the Afghan government, not the United States. But the problem is, the Taliban was only really interested in negotiating with the U.S., who they see as occupiers. 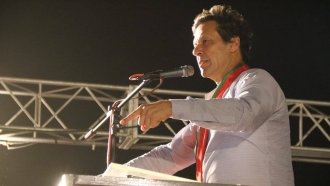 Pakistan's Next Leader Could Be On A Collision Course With Trump

President Barack Obama's administration eventually tried talking directly with the Taliban multiple times in the past, but those negotiations never got far.

Former Afghan President Hamid Karzai ended up shutting down one round of talks over a disagreement about whether the Taliban could set up a political office in Qatar.

And in earlier peace attempts, the U.S. was completely left out — there was a fear the U.S. would try to kill or arrest the Taliban representatives.

The Taliban currently controls almost 15 percent of Afghanistan's districts. Another 29 percent are contested, leaving the Afghan government in control of just over 56 percent of the country's territory.

Which doesn't bode well for these current talks. An offer for unconditional talks made by Afghanistan's current president, Ashraf Ghani, was rejected by the Taliban earlier this year.