Why Our Eyes Need A Break Right Now 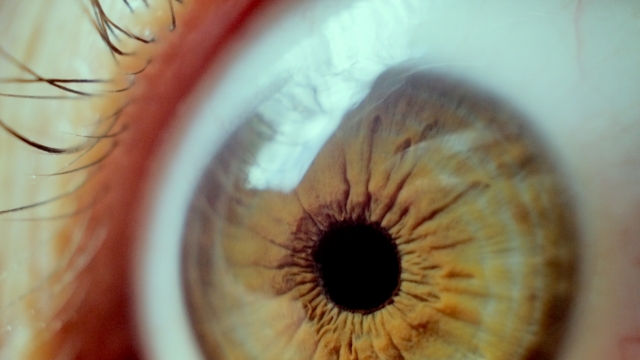 We've been spending a lot more time in front of our screens, and experts say that could be damaging our eyes.

We’ve been spending a lot more time in front of our screens, and experts say that could be damaging our eyes.

A recent Newsy/Ipsos poll found people have been watching streaming platforms, scrolling through social feeds and video chatting 10%-15% more than they were last month.

"What else can you do inside your apartment besides, you know, watch TV and do puzzles and can only do that so many times?" Baylea Morgan told Newsy. She's one of the millions of New Yorkers staying at home. And like many of us across the country, she’s spending more time on FaceTime, Netflix and HouseParty.

"When we're using our screens, especially up close, we tend to stare more and not blink. And that has a cumulative effect on the eyes," Dr. Richard Davidson, an Ophthalmologist at UCHealth Sue Anschutz-Rodgers Eye Center, told Newsy.

Dr. Davidson has seen increases in patients with eye discomfort, burning, redness and irritation caused by more screen time. He says that's because when we’re close to screens, we miss 2-3 blinks a minute. That’s 120-180 missed blinks in a one-hour Zoom meeting and 720-1,080 missed blinks during a binge watch of "Tiger King."

"That cumulative effect really has a drying effect on the ocular surface. It can cause a lot of discomfort in the eye. Blurred vision, headaches, things like that," he said.

Davidson says adults 40 and up are more at risk to have their vision get worse because of increased screen time, but that dry eye can make anyone susceptible to things like painful corneal scratches.

There are some things that help combat all that extra eye strain, like the 20-20-20 rule. Every 20 minutes you’re looking at a screen, take a break and look at something 20 feet away for 20 seconds. Over-the-counter reading glasses and artificial tears also help. As for blue light glasses, he’s not sure.

"I'd say in my experience with patients, it's 50/50 and I don't know how much of that is a placebo effect versus how much it really helps," he said.

As for Morgan, her screen time is down 12% from the week before. She’s also looking forward to the day where she’s less occupied with the new Netflix release and is focused on seeing people in person, outside her home.

"Definitely. Get out there. See some of those friends I've been wanting to see for a long time and in 3-D, in real life, and not have to just stare at them and to do a computer screen or my phone or whatever," she said.