Why Is The Trucking Industry Changing? 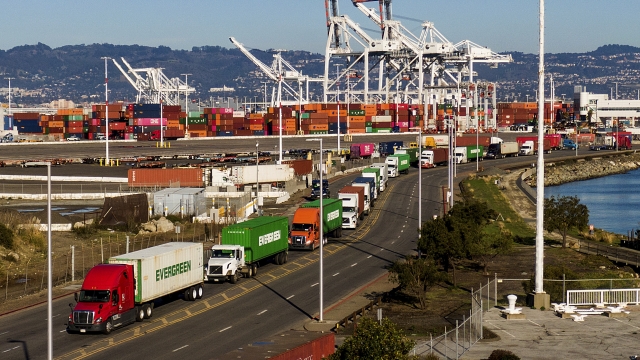 SMS
Why Is The Trucking Industry Changing?
By James Packard
By James Packard
September 15, 2022
During the pandemic the trucking industry struggled due to loss of drivers. Now the industry is picking back up as driver enrollment increases.

Manny Guzman's life on the road is a far cry from his long days four years ago when the father of one was taking orders for wedding cakes and pastries at a bakery in Chicago.

"I worked 16 hours a day, seven days a week — there was no day off," said Guzman. "I got my license and I was lucky enough to get a job with this company that does flatbed haul steel."

Manny is part of a new breed of truckers that's critical to the rapidly-changing backbone of American commerce.

The American Trucking Association said it was already short about 61,000 drivers before the pandemic decimated the industry.

Even back in 2017 Leah Shaver, COO of the National Transportation Institute, said "students are not coming in at fast enough rates, and they're not sticking with the industry the way we need."

So when 2020 came around, trucking was nowhere near prepared for what happened. Just as demand for shipping skyrocketed, more drivers decided to hang up the keys.

"Most of the drivers are aging out, we're in our 50s, 60s and 70s and we raised our families — its time to come off the road," said Mary Okeefe, a Pinellas Technical College lead instructor. 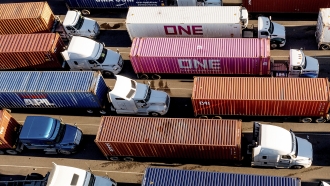 Fewer drivers on the roads and more cargo ships sitting on ports made for a supply chain mess. But more than two years later a new breed of truckers could drive what trucking schools hope will be a rebound in late 2022.

"We normally have 55 to 60 students. We have 82 right now. All of the companies are experiencing shortages. They call us constantly and they call constantly for drivers," said Larry Scott, an instructor at ATDS Driving School.

And trucking's rebirth, if you will, is also an opportunity to change how it looks. Right now, the average truck driver is a white 48-year-old man. But the American Trucking Association says the rate of Black and Latino drivers over the last two decades has jumped 45%.

It's still just shy of 8% of all drivers today that are women, but that's an all-time high.

"I love to travel. I don't have any kids yet so whats wrong with seeing the world and making some money," said Tanzania Kellum, an ATDS student.

And if we didn't understand the value of truckers before COVID, our increased demand for them has given drivers more leverage to get more out of their work.

That's 18% higher than the year prior.

Trucking companies hope higher wages attract younger drivers and tee up long-term careers, to give the industry some stability.

But federal regulations can make that tricky. While most states let anyone over 18 get a commercial driver's license, federal law says no one under 21 can drive a big rig across state lines.

The federal Safe Driver Apprenticeship Pilot Program aims to change that by allowing drivers under 21 to cross state lines while accompanied by an experienced trucker. It's a move that could help fill driver gaps.

So could autonomous semi-trucks. They're currently undergoing tests in Arizona, with commercial shipments expected to start next year.

"We believe autonomous trucking is coming to the industry, we believe its gonna be on our roads in the very near future," said Lee White, the VP of strategy for TuSimple.

Until then, industry leaders hope more truckers like Manny Guzman see driving as a life-changing career, to cushion their bank accounts and stabilize the American economy.

"It is the best decision because I've made more money doing this than I ever made in my life doing the bakery thing, owning my own business. Even when I started driving for somebody else, I was making more money than I was making working 16 hours a day seven days a week for myself. It was like a no-brainer," said Guzman.