Why Is Buying Tickets Online Such A Pain? It's Complicated 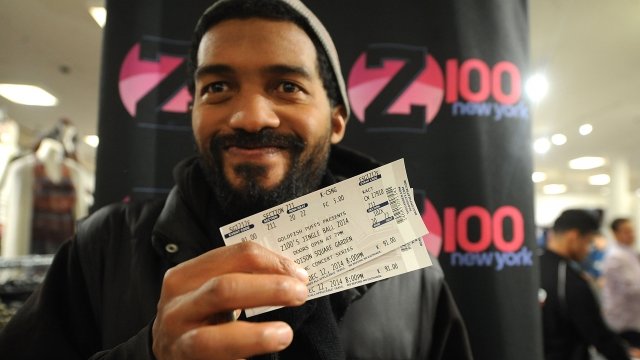 If you've ever wanted to go to a popular concert, play or sporting event in your life, chances are the tickets were a pain to buy. The tickets weren't widely available, the fees were high and the prices were enormous on the secondhand market.

If you've felt this way, it's not just you. The ticket industry has loads of issues for consumers, especially in the United States. The reasons why are more complex than you might think.

First off is something you've probably dealt with if you've ever bought tickets online: fees.

Ticketmaster, by far the web's biggest ticket broker, charges several different types of fees for tickets, on top of taxes and the ticket's listed price. These fees can get steep depending on the event.

It's easy to think that this is just Ticketmaster milking fans for extra money, but it's not that simple. Venue operators, promoters and artists all tend to get a portion of the money from those fees.

Ticketmaster isn't worried about that misconception, though. It's actually part of the company's business model. Ticketmaster agrees to take the heat from fans about fees instead of the venues, artists and sports teams that pay for its service.

Of course, to pay the fees, you have to get the ticket first. That's really hard to do, and not just because there are lots of other fans.

We're talking about ticket bots: tools people use to snatch up tickets moments after they go on sale. And because nothing generates demand like a sold-out event, online scalpers can resell these tickets for a huge profit.

These operations are widespread. In a lawsuit last year, Ticketmaster accused one specific operation of scooping up 30-40 percent of available tickets to Broadway's "Hamilton" with bots and more than half of the tickets to the Mayweather-Pacquiao boxing match in 2015.

But a district court judge dismissed that Ticketmaster lawsuit in February, saying the buyers didn't violate Ticketmaster's terms of use. It's hard for the government to crack down on ticket bots, since you can't really make a law against buying tickets too quickly.

In light of this, some shows have required concertgoers to show ID before entering the venue, and some major sports teams are ditching Ticketmaster for other ticket sites like StubHub and SeatGeek. But until we see widespread change, buying tickets online will remain a hassle.