Why Does The President's Party Typically Lose Midterms? 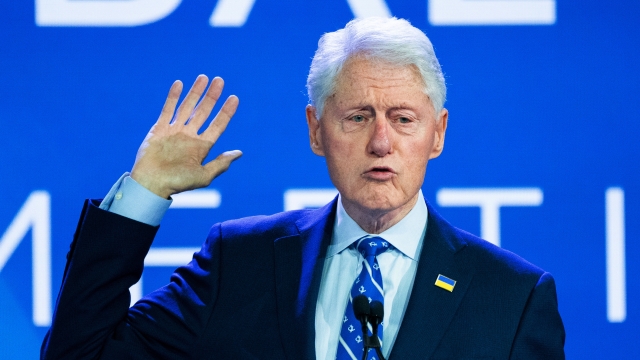 Midterms are approaching. Some wonder if a pattern will continue, and if the sitting president's party will lose seats in this years elections.

The so-called 'midterm curse' is when the sitting president's party loses seats in midterm elections. Since the end of World War II, the commander in chief's party has gained seats in the House of Representatives only twice. In 1998 Democrats gained five seats during former President Bill Clinton's second midterm. It happened only a month before the House impeached Clinton on charges of perjury, obstruction of justice and abuse of power.

"What I want the American people to know, what I want Congress to know is that I am profoundly sorry for all I have done wrong in words and deeds," said Clinton.

Carlos Algara is an assistant professor of politics and government at Claremont Graduate University.

"President Clinton was fairly popular heading into the 1998 election and Republicans in Congress were not. The economy was doing well, people were sort of responding to the president, they viewed the impeachment, Lewinsky situation as an overreach," said Algara.

The second time a sitting president did well in the midterms was just four years later. And once again, the circumstances were highly unusual. It was after 9/11 when George W. Bush rode a wave of patriotism.

"I can hear you and the rest of the world hears you, and the people who knocked these buildings down will hear all of us soon," said Bush.

"2002 was an unprecedented election cycle because we had a very popular president after a terrorist attack. George W. Bush has the highest or one of the highest approval ratings in 2001 and 2002," said Algara.

That midterm saw Republicans gain two Senate seats and eight House seats. But those are the only exceptions to the midterm curse. So why do we usually see the incumbent president's party have bad midterms?

"One explanation is that the president's party is overexposed. That the president carried districts that generally his party doesn't do well in the previous two years, and so those districts are reverting back to form," said Algara.

The theory is that once voters win the White House, they tend to sit out the lower profile midterms, while the losers are mad and motivated.

The FBI says it will have agents prepared to respond to complaints in the field.

"So the people who show up to vote in these midterm election years, are generally people that don't approve of the president's handling of the job," said Algara.

Now to the present day, 2022 President Joe Biden's approval rating is hovering in the low to mid 40s. It comes as Americans cite inflation as their top concern, followed by crime.

"Well its a long way home the fact is we've been divided for so long," said President Biden.

Explanations aside, history and public dissatisfaction with the White House, does not bode well for President Biden at least in the House. But the battle for the Senate, where Democrats hope to hold and even perhaps expand their majority, is a different story.

"So Senate elections are statewide, candidate quality is perceived to be a fairly big determinant where as every House seat is up right, also the Senate only has a third of the seats up every year," said Algara.

Because all 435 members of the House are up for reelection, it's a much better gauge of the popular mood. While the Senate — just a third of senators each mid-term, 34 in all — is much more dependent on individual candidates. So if history teaches us that the Democrats are likely to lose the House and would be lucky to hold the Senate, what makes 2022 any different?

Democrats are hoping the Supreme Court's rejection of Roe vs Wade will motivate voters to break the historical pattern and turn up on election day. And if they're not voting for abortion rights, Democrats hope they'll be voting against Donald Trump.

"And so Democrats want this election to be a referendum on abortion, and to be a policy battle, proxy battle with President Trump which is what worked effectively in the last election cycle," said Algara. "In some respects this election cycle is a little bit unprecedented because the former president is playing such a large role on the campaign trail."

It's a complicated series of questions. How angry are voters at the state of the economy, or will abortion be the issue that re-writes history once again? And how do they feel about empowering Donald Trump with 2024 right around the corner?