Why Do We Have The Electoral College? 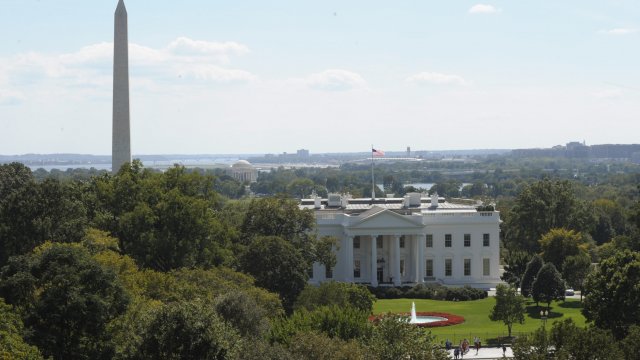 Every four years, when you watch election coverage you hear a lot of reference to the electoral college. What is that, and why do we have it?

In 1787 in Philadelphia at the constitutional convention, the bigwigs were trying to iron out what our democracy would look like  and how they’d elect leaders.

One choice was a straight-up popular vote. That was scraped because back then, getting enough information about the candidates to voters throughout the country would have likely never happened.

Another plan recommended that Congress vote for the president. That idea got scratched too because some felt it would create corruption and chip away at the balance of power between the legislative and executive branches.

A third option was letting the state legislatures pick the president, but there was worry a president would feel indebted to those state lawmakers and not the citizens.

The last option is something similar to what we have now with one major difference. Back then, the electors cast two votes for president. The winner became president and the runner up became vice president.

But that only worked for the first few presidential elections.

In 1800, Thomas Jefferson and Aaron Burr — both members of the Democratic Republican party — split the vote and tied in the electoral college.

It took the House of Representatives 36 tries to break the tie.

That led to the creation of the 12th Amendment, and now electors vote for president and vice president on a combined ticket.

Today the number of electoral votes per state is equal to the state’s representation in Congress.

So the weight of your vote depends on where you live. And in almost every state it’s winner take all.

That’s why candidates tend to focus on purple swing states and ignore those red and blue safe states where their party’s support is already strong.

Recently, a campaign to move away from the electoral college has been gaining steam.

In a 2021 Pew Research poll, 55 percent of Americans said they favored a system in which the candidate who receives the most votes nationwide wins. 43 percent said the current electoral college system should stay.

That’s because there have been five times where the candidate who won the election did not win the popular vote.

15 states plus the District of Columbia have signed onto the National Popular Vote Interstate Compact.

These states would give all of their electoral votes to whichever presidential candidate wins the nationwide popular vote.

The law would go into effect once states representing at least 270 electoral votes — the number needed to win — have signed on to the interstate deal.

Critics of the current system — including some republicans — think this would help increase turnout.

But even if more states signed on, some legal experts say the change would still need Congressional approval.